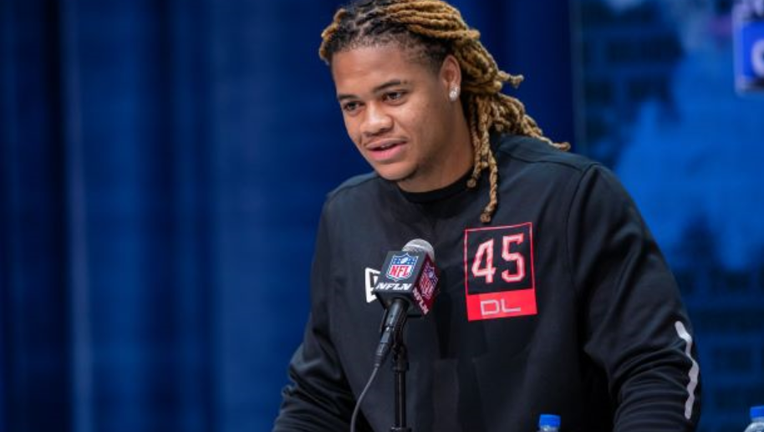 The general consensus is that the D.C. area native will be picked No. 2  overall by the Washington Redskins, a homecoming Young is more than grateful for.

"It would definitely be an honor to play at home," Young told WJLA on Thursday. "Not a lot of people get the opportunity to play for their hometown football team. God willing, He gives me the chance to do it, then -- like any team I go to -- I'm gonna be the best player I can be."

“It’s a weird feeling. It’s really something you can’t explain,” Young said of the draft experience.

“God, He blessed me with this athletic ability and I’m just going to try and put my best foot forward in His name.”

At 6-foot-5, 264 pounds, Young registered 46 tackles and 16 and 1/2 sacks during his junior season at Ohio State. During an interview last week, Young expressed confidence in himself going into the draft.

“I know I’m the best,” he told ESPN. “I'm definitely gonna try to dominate on the next level, as well.”

The NFL Draft is set to start Thursday, April 23.