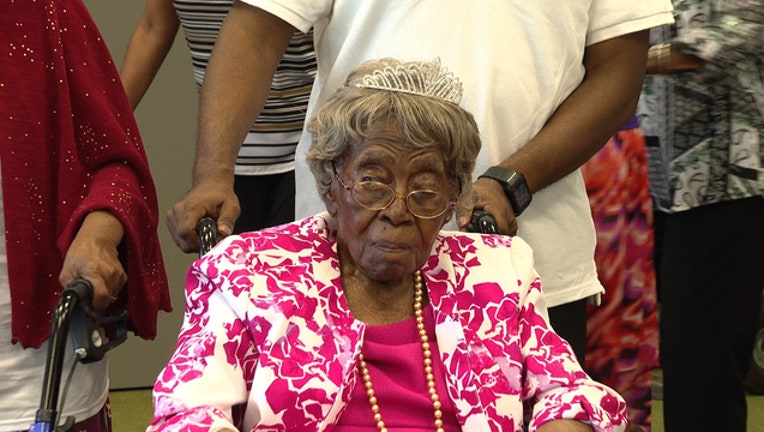 Her family says they didn't even know how old she actually was until they found census document last year, that suggested Ford was actually born in 1904. They had thought she was a year younger before finding the document.

Family told FOX 46 that back when Ford was born, official birth records weren't kept, so for nearly a century, they had to rely on people's best recollection.

Their new discovery, which has not yet been officially accepted, would make her the oldest living person in the United States.

"She is a living legacy, our family matriarch and we are honored to be celebrating her today," her great-granddaughter told FOX 46.

Hester has 12 kids, 68 grandkids and 138 great-grandkids, her family says. She lives in her home with them, and they say she recites her bible verses and songs on a daily basis. Her favorite one is Pslams 23.

Hester was originally born in Lancaster County, S.C. and raised on a farm before moving to Charlotte. She has been a member of her church, Macedonia Baptist Church of Charlotte, for 73 years.

Hester credits her incredible longevity to family and a strong faith in God. She is the oldest living person in the Carolinas, and possibly the country.