No injuries were reported but the residents of the home were displaced. 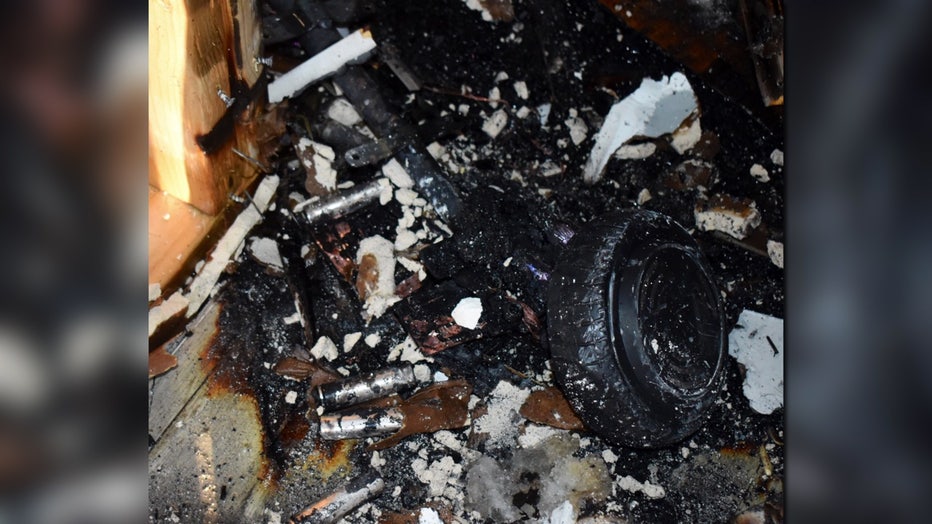 Officials say the fire was the second in two weeks caused by a charging hoverboard.

They also say consider charging these devices outside, and never charge them where they will block your path to safety if there is a fire.