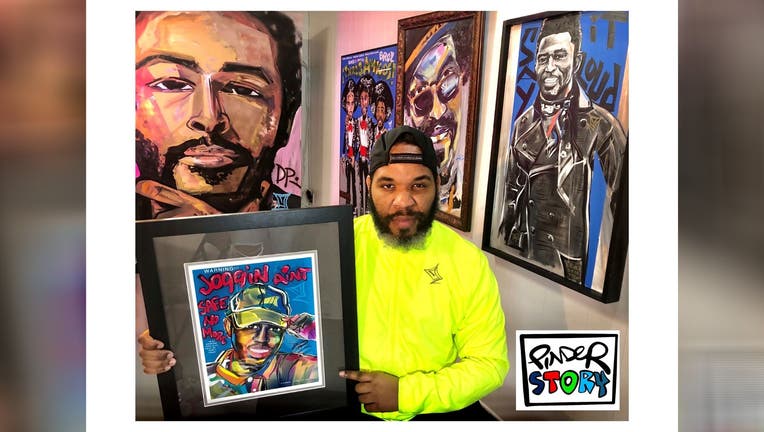 WASHINGTON - A D.C. artist whose murals have honored some of urban America’s biggest heroes is using his talents to help tell the story of a Georgia youth whose death is prompting outrage from around the country.

His subjects range from 10-year-old Makiyah Wilson – whose death shook the District – to 15-year-old Maurice Scott – a Somerset Prep student who was shot in the head in Southeast.

Like most of the country, Pinder heard the story of Arbery in the last couple of days – as the family and their attorney addressed it publicly.

“I was unfortunately inspired to capture him in a vibrant way. I’m pretty known for documenting history this way,” said Pinder - who describes his trade as a "curator to the culture."

Pinder said he tries to evoke the victims’ stories in his murals and digital images. 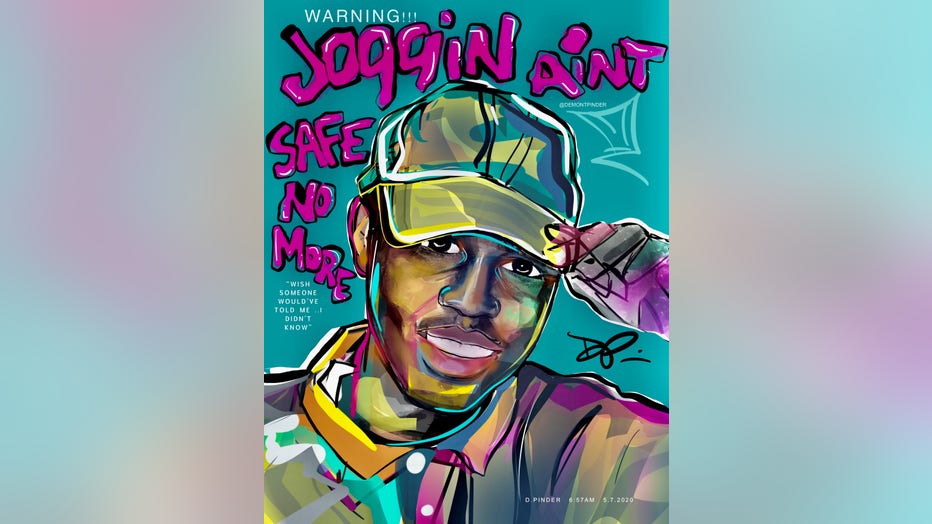 The sense of accomplishment comes when he is able to pass the image along.

“When I press send, it’s like I’m releasing something that I want to get out – and hopefully it adds something positive to the world generally,” he said.

There have been 64 homicides in the District so far this year and a local artist has been painting the city's youngest murder victims to help their families heal. This week, he had to take out another blank canvas to honor another young life lost.

Arbery, who is black, was unarmed and exercising when he was shot and killed by two white men while jogging back on February 23 in Glynn County, Georgia.

Recently, an attorney representing his family released video showing what appears to be two men shooting the teen while he jogs.

Timelapse of piece by Demont Pinder

A D.C. artist whose murals have honored some of urban America’s biggest heroes is using his talents to help tell the story of a Georgia youth whose death is prompting outrage from around the country.

Arbery’s mother told FOX 5 in Atlanta that she tried to tell her story for two months, but no one would listen.

The state of Georgia told the family that they could not arrest his alleged killers because of coronavirus restrictions, according to their attorney.

"It is a crime of murder. The people who participated are considered accomplices to that murder. We have heard the excuse, that the Georgia Supreme Court has suspended the grand jury because of the coronavirus and an arrest can not be made.

READ MORE: Parents of south Georgia jogger cry out for justice, call for arrests of 3 men

According to FOX 5 in Atlanta, the grand jury is forbidden from convening until at least June 13 under COVID-19 regulations.
Representatives from across the country are joining the chorus of cries for justice for Arbery – including presumptive Democratic nominee Joe Biden, and outspoken New York Congresswoman Alexandria Ocasio-Cortez.

Georgia Governor Brian Kemp has publicly thrown his support behind what he described as a thorough, independent investigation into the death of Ahmaud Arbery.