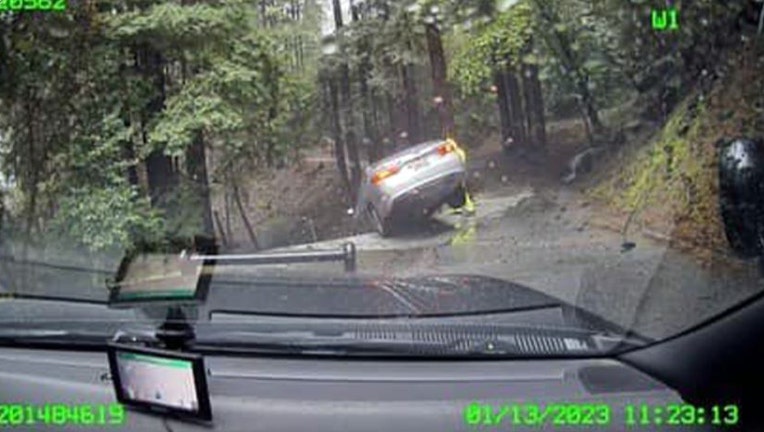 Three people were rescued from a car that was hanging precariously over the edge of a cliff in California on Friday. (California Highway Patrol Santa Cruz/Facebook / FOX Weather)

SANTA CRUZ COUNTY, Calif. - Three people escaped a potentially deadly situation on Friday when they were rescued from a car that was teetering precariously over the edge of a cliff in Santa Cruz County, California.

The California Highway Patrol said in a Facebook post that they were informed that a car was spotted hanging over the edge of a ditch along Old Mill Road. But when a trooper arrived at the scene, he saw the vehicle hanging over the side of a cliff – not a ditch.

When the officer looked closer, he saw three people inside the vehicle.

The officer remained calm and gave the unidentified occupants in the vehicle clear and concise instructions on how to get out safely. 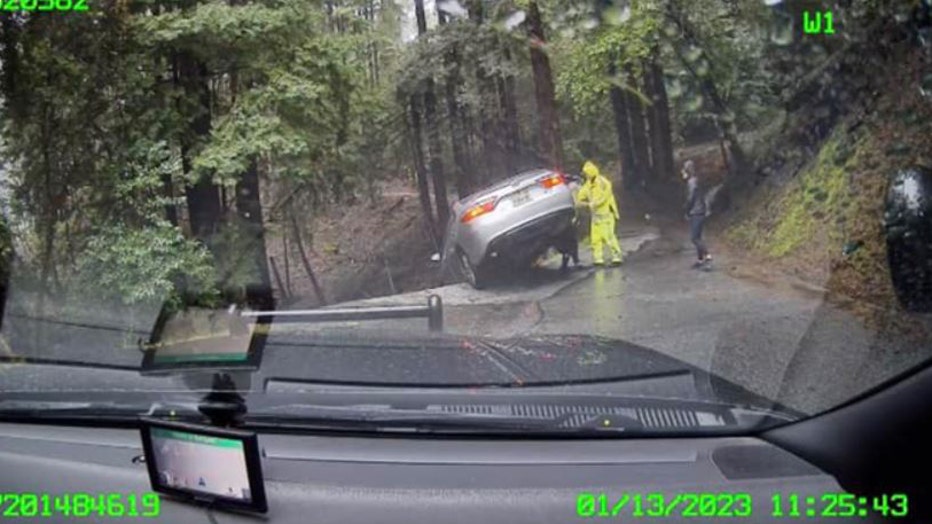 Three people were rescued from a car that was hanging precariously over the edge of a cliff in California on Friday. (California Highway Patrol Santa Cruz/Facebook / FOX Weather)

Once they got out of the car, the officer could safely drive closer to the scene and save their lives.

"We cannot stress this enough," the Facebook post said. "Please only drive if it's necessary. If you do need to drive, please slow down, be aware of your surroundings and give enough space between yourself and surrounding communities."

President Joe Biden approved a disaster declaration on Saturday for California as the state continues to deal with an onslaught of deadly atmospheric river storms that have pummeled the state with heavy rain, flooding and mudslides.

Storm after storm has been slamming into the Golden State since the end of December. And while the torrential rain has helped ease some of the drought conditions, so much rain has fallen that it has led to the flooding of rivers and streams across the state.

The death toll continues to climb, and at least 18 people have been killed due to the storms. 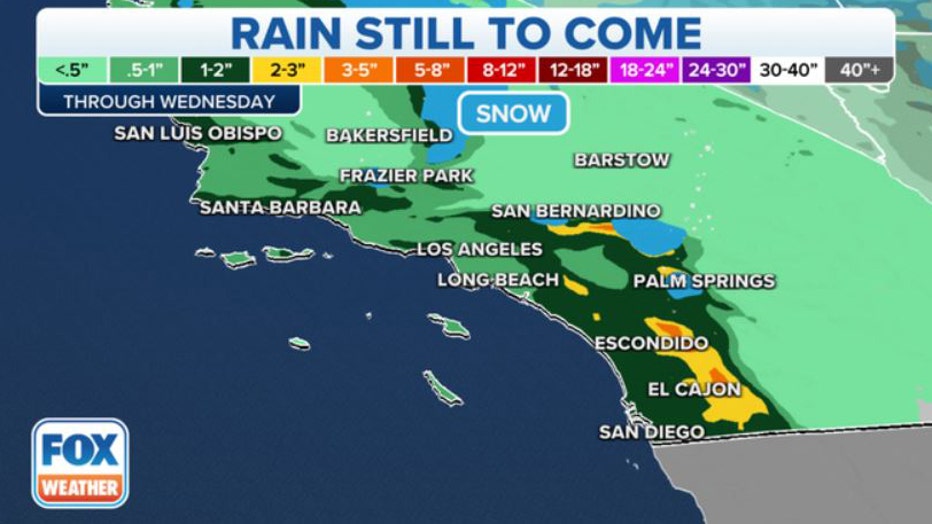 It was a quiet day in terms of storm activity in California on Sunday, but the rain was still being reported in some areas.

"Now, we see a bit of a break in the rain for the day today, but it will continue," FOX Weather meteorologist Jane Minar said. "When we say a break, it's not going to be an onslaught of that heavy push of nonstop showers. But we will see some shower activity, especially in the coastal areas."

According to the FOX Forecast Center, the more significant push of heavier rain will move into California starting late Sunday night into early Monday morning. That activity will last until at least Tuesday.