A dangerous and disturbing incident caught on camera shows a vehicle doing donuts in the middle of a Silver Spring intersection while a crowd of onlookers blocks traffic.

SILVER SPING, Md. - A dangerous and disturbing incident caught on camera shows a vehicle doing donuts in the middle of a Silver Spring intersection while a crowd of onlookers blocks traffic. 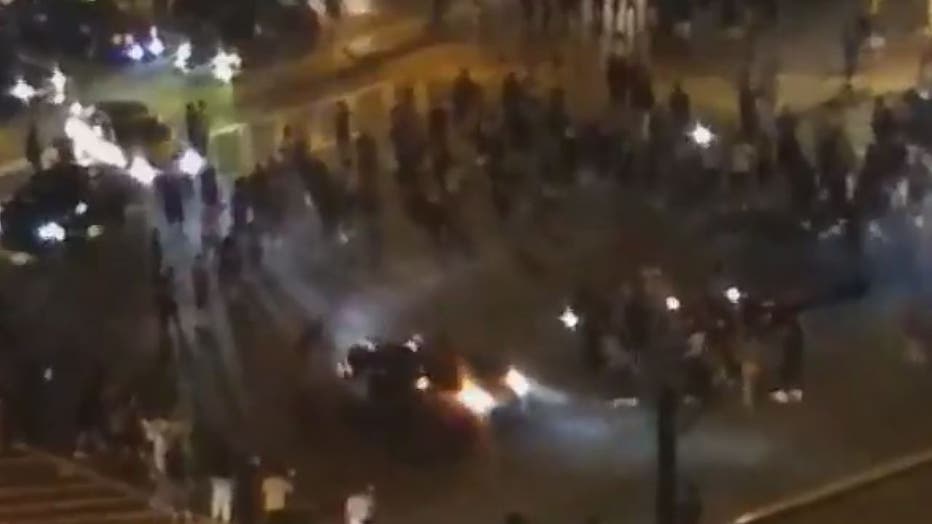 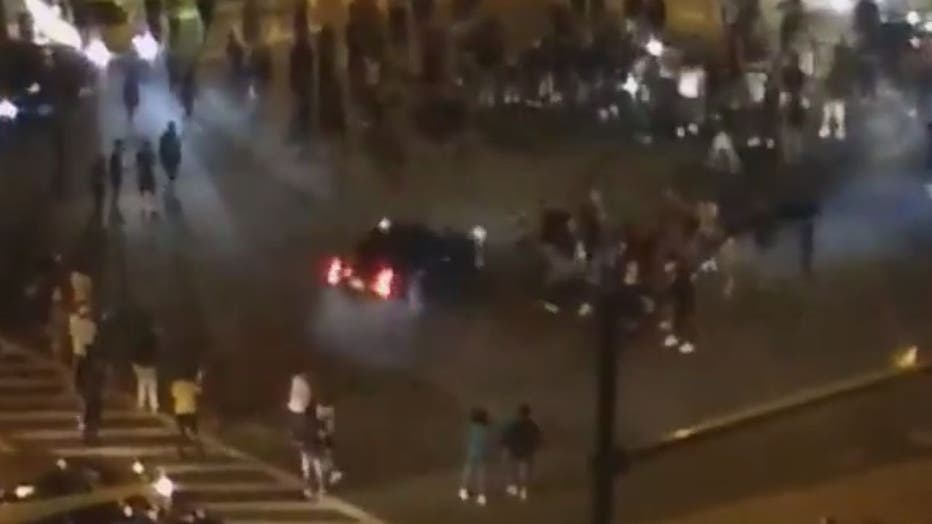 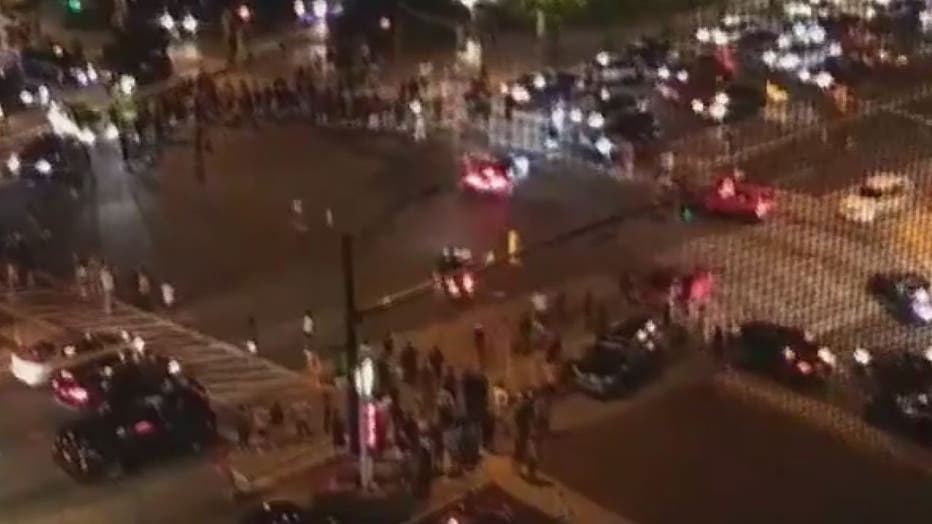 The video was taken Saturday night around 11:30 p.m. and shows the intersection of Georgia Avenue and Colesville Road.

In the video, the crowd blocks all vehicles from entering the intersection except for one car which begins doing donuts and burnouts. Several people run toward the center of the intersection and dodge the vehicle as it spins in circles around them. The incident lasts about two minutes before the vehicle drives off.

Witnesses can be heard saying, "I hope they don't kill anybody."

Police in the D.C. area say they’re seeing a new trend in dangerous driving that includes people blocking off roadways.

It is unclear if anyone was injured during the incident. One driver, who had 24 previous traffic violations, was cited on Saturday.

"It’s hard to believe that people believe they have a right to do something like that," McBain says. "I don’t think there’s any mystery. We’re not going to be pursuing these vehicles. I think we create more of a hazard when we do something like that. So yeah, are hands tied? Yes, but really what it comes down to is law enforcement really has to look for other ways of dealing with it."

McBain says they are alerting other departments and blocked the entrance to the Beltway on Saturday. He says in these situations, they first try to disperse the crowd and cite any violations they witness.

One way he said the community can help is by not trying to drive through the gridlock and by helping them gather information such as license plate numbers.

Montgomery County police say groups shutting down intersections to do illegal stunts is new for them, although it's been seen before with state police on the beltway.

Officials say they used to see scenes like the one in Silver Spring at parking lots, such as Burtonsville Mall, or in Gaithersburg, Rockville and Wheaton. They also say incidents like these have been happening more frequently during the COVID-19 pandemic.

"It’s disturbing to see the reckless driving behaviors of these individuals, with their supporters blocking the roadway," said Montgomery County Chief of Police Marcus Jones in a statement released to FOX 5. "This is illegal and dangerous, and we encourage the public to call us if these events occur in their presence. We will respond right away to enforce the law." 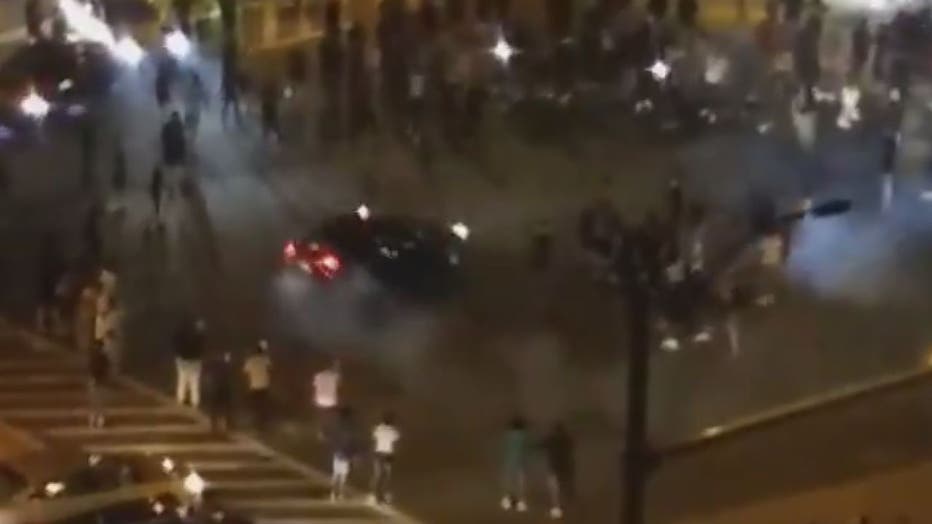