For 22 seasons, Bruce Anderson was the Capitals' organist. In mid-September, the Capitals notified Anderson that they would not be bringing him back for the 2022-2023 season. FOX 5's Josh Rosenthal caught up with the beloved organist.

WASHINGTON - You may not know Bruce Anderson, but there’s a very good chance you have heard him play the organ before.

For 22 seasons, Anderson was the Capitals' organist. That is, until last week.

"I got a phone call from a supervisor, and he said we’re moving beyond the organ," Anderson told FOX 5 Friday during an interview inside Lutherville Music School in Maryland, which he owns. "I’m not mad or anything. It’s just that I kind of wanted to go out on my own terms. You know I’ve been doing it a while, and I was thinking I’d try to play until Ovi retired."

Earlier this week, Anderson tweeted out the news and said he was shocked by what came next.

"I’ve been really humbled and gratified by the fan reaction," he said, noting that even Caps right winger Tom Wilson tweeted, "Your music and the organ will always remind me of playing at home!"

Anderson said his top moments include being with the team when they won the Stanley Cup, getting to play during the Winter Classic in front of thousands of fans at Nats Park, and that time he got a shout-out from famous announcer Doc Emerick on national television.

"In the organist community," he recalled, "it was like, oh yeah, Doc said something about the organ!" 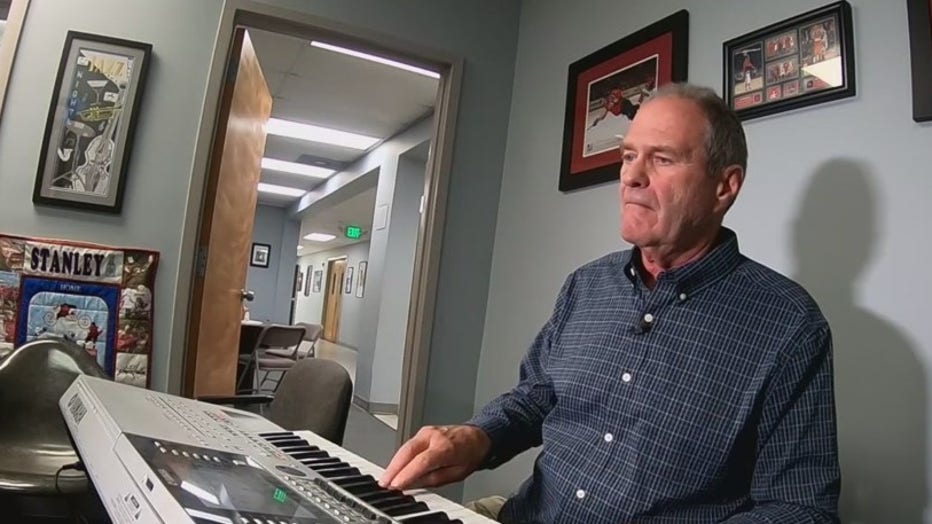 Now, Anderson plans to continue teaching at his school, and he said he isn’t done going to games just yet.

"Oh for sure. Yeah, definitely," Anderson said of going to games as a fan. "I’ll kinda enjoy the show, not the pre-recorded organ music, but I’ll enjoy the show."

In a statement, the Capitols said: "Ahead of the 2022-23 season, we decided not to bring back the live portion of the organ. We are continuously finding ways to transform the in-game experience, including having professionally recorded organ songs and prompts. We thank Bruce for his contributions to the organization and wish him the very best."