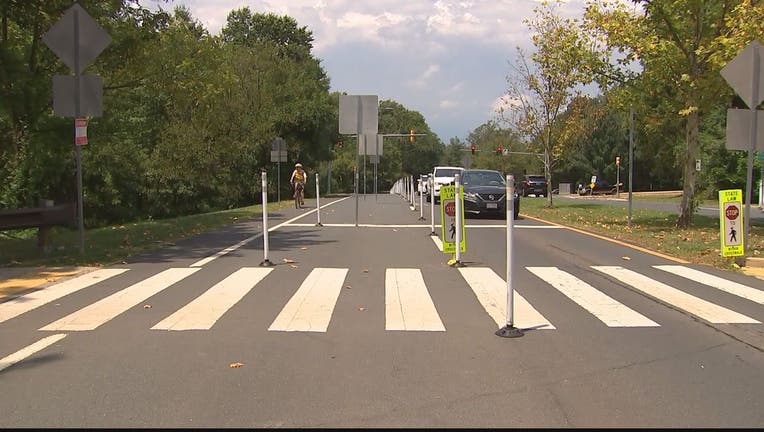 The intersection at Little Falls Parkway and a bike lane near Arlington Road could change—again.

A car fatally struck a cyclist at the crossroad two years ago. The Bethesda planning board voted to install a road diet, which is an extended bike lane that splits the road in half.

Busy Bethesda intersection could lose protection for cyclists&nbsp;The intersection at Little Falls Parkway and a bike lane near Arlington Road could change—again.

The move reduced incidents at the intersection over the last two years.

Motorists however, have been complaining about how the measure increased traffic.

In response, Bethesda’s planning board recently voted to remove the road diet in an attempt to free up traffic.

“Cars will have a 'no turn on red,' but they’ll they’ll be tempted to sort of do that,” says Peter Gray, an avid cyclist. “They’ll be tempted to rush to the light to get to Arlington. There will be trail users who will figure to just scoot across and beat out the cars. It’s just a crash waiting to happen.”

The fight isn’t quite finished.

City officials say the road change won’t happen until at least another year.

Montgomery County Council member Evan Glass says he and several other council members have been petitioning the planning board to reverse their decision before the plan is put in place.

“Over the last four years we’ve had 58 fatalities here in Montgomery County. Individuals, either pedestrians or bicyclists who have died on our roadways. So we recognize that we have to do a better job of protecting everybody on the road,” says Glass.

The council member says he will continue to fight to keep the bike lanes until the vote is reversed.