A look at Britney Spears' career

After her 14-year long conservatorship ended in 2021, it's unclear if the 'Princess of Pop' will ever resume making music.

Alexander, 40, was on an Instagram live stream when he approached the home and was intercepted by security officials outside of her house. Shortly before the incident, Alexander was seen walking through her home where a security official appeared to say, "You've got to leave." 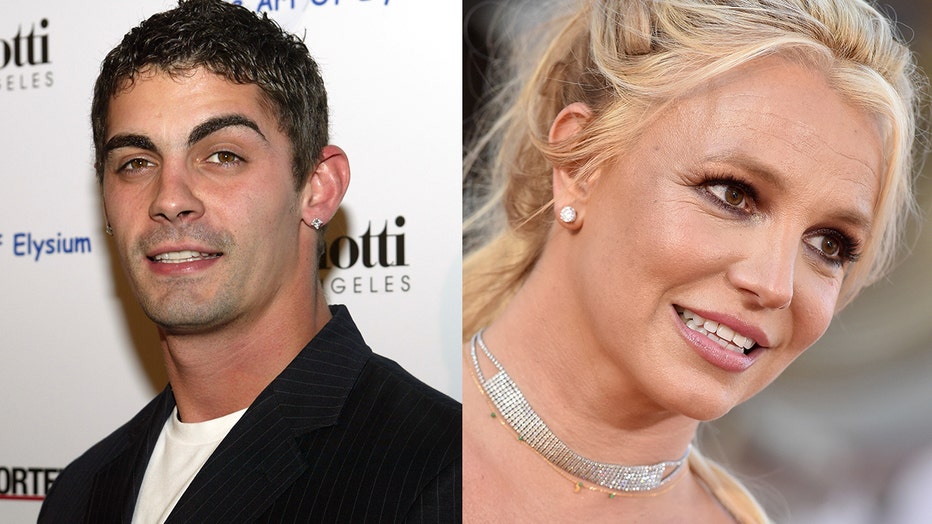 Britney Spears' ex-husband, Jason Alexander, attempted to "crash" her nuptials ahead of her third wedding to Sam Asghari on Thursday afternoon. (Photo by Chris Farina/Corbis via Getty Images, Axelle/Bauer-Griffin/FilmMagic)

He then walked outside of the house and into the tent set up where crews were installing roses at an altar.

"I'm her first husband. I'm here to crash her wedding," he said.

According to the Ventura Sheriff's County Department, Alexander was arrested for an out of county warrant. He is not currently in jail.

This will be Britney’s third marriage. She first tied the knot with childhood sweetheart Alexander in January 2004 during an early morning ceremony at A Little White Wedding Chapel in Las Vegas, Nevada.

Their marriage was annulled 55-hours later, which he claimed was forced by Britney’s mother, Lynne, and Britney’s management.

Ten months later, Britney walked down the aisle again and married Kevin Federline. Their marriage lasted three years until a divorce was finalized in July 2007.

Spears will soon walk down the aisle and marry Sam Asghari, and their wedding is reportedly set to be a star-studded affair with a host of A-list guests in attendance.

Preparations for an intimate event at her home in the Thousand Oaks area of Los Angeles are underway as a massive tent was spotted being installed in the backyard of her home.

Dozens of crew members were seen installing equipment at her house in Southern California ahead of the nuptials, as a huge outdoor venue was put in place near the tennis court of her Spanish mansion.

Her Lake Sherwood home, located in a gated community situated on a world-class golf course, will reportedly host the likes of Madonna, Paris Hilton, Selena Gomez, Kate Hudson and Gwyneth Paltrow as Spears says "I do" to Asghari.

Find more updates on this story on FOXNews.com.