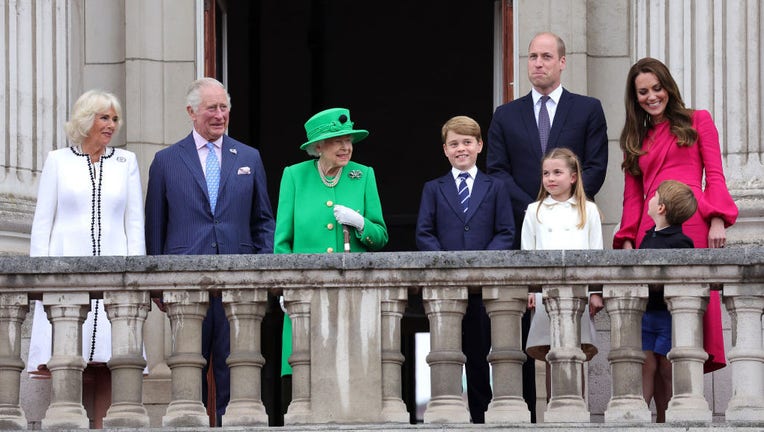 LONDON - Royal family members of the House of Windsor have received new titles after the death of Queen Elizabeth II at the age of 96.

After Britain's longest-reigning monarch died at Balmoral Castle Thursday, Prince Charles immediately succeeded his mother as king of the U.K. 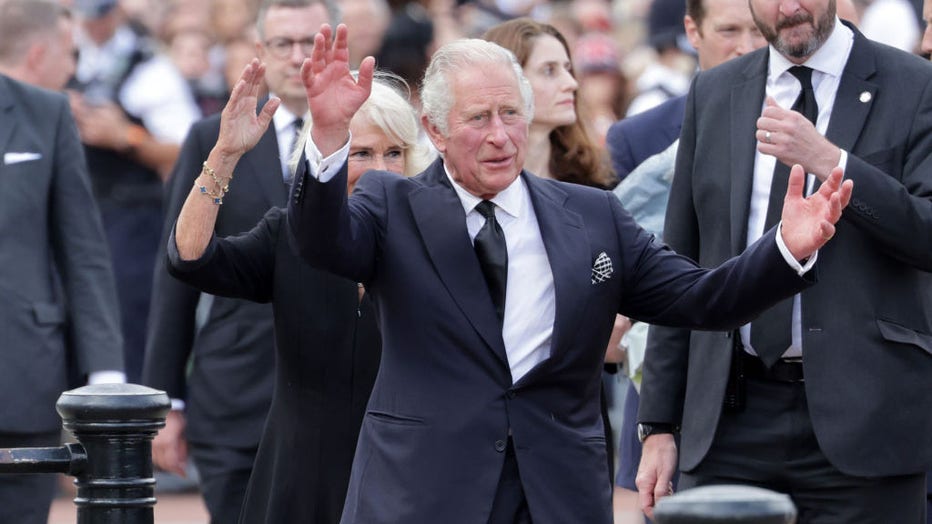 After Prince Charles ascended to the throne Thursday, Prime Minister Liz Truss confirmed his new title in a speech honoring the queen outside Downing Street.

"Today the crown passes, as it has done for more than a thousand years, to our new monarch, our new head of state, His Majesty King Charles III," Truss said.

In addition to his title of the Earl of Wessex, Prince Edward was named the Earl of Forfar by Queen Elizabeth on his 55th birthday in 2019.

However, King Charles III could pass down his former Duke of Edinburgh title to his younger brother.

Royal experts are divided over whether he will choose to appoint the dukedom to Prince Edward as the new reigning monarch has previously indicated a wish to streamline the monarchy.

Prior to the queen's passing, Prince William and his wife Kate Middleton's official titles were the Duke and Duchess of Cambridge.

The couple will now be known as the Duke and Duchess of Cornwall and Cambridge, a change that was confirmed by the renaming of their official social media accounts.

The Duke and Duchess of Cornwall are titles traditionally bestowed on the eldest son of Britain's reigning ruler and his wife.

In addition, they may be given the Prince and Princess of Wales, titles that were previously held by William's father Charles, and late mother Diana. 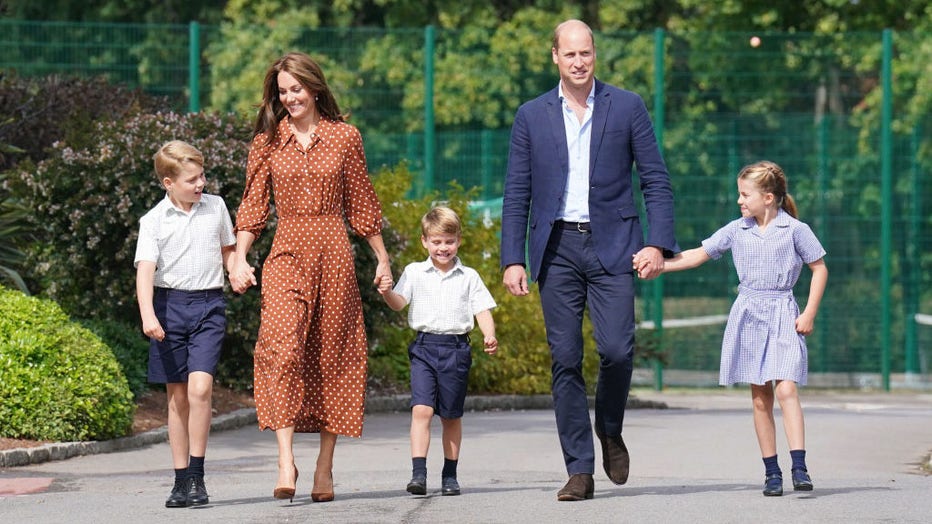 Prince George, Princess Charlotte and Prince Louis (C), accompanied by their parents the Prince William, Duke of Cambridge and Catherine, Duchess of Cambridge, arrive for a settling in afternoon at Lambrook School, near Ascot on Sept. 7, 2022 in Brac

After Camilla married Charles in 2005, it was announced she would take the title of Princess Consort instead of Queen Consort when her spouse became king. The decision was made out of respect to Charles' late ex-wife Princess Diana. 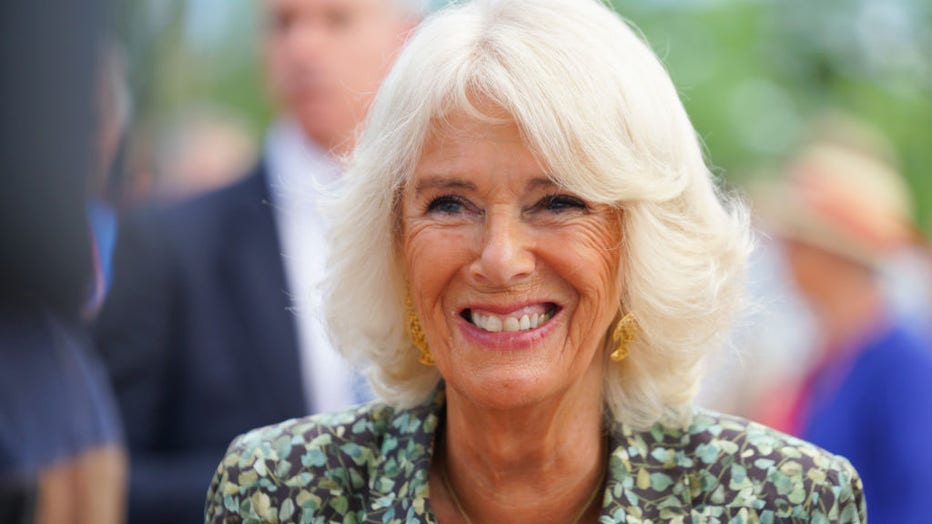 Camilla, Duchess of Cornwall during her visit to the Antiques Roadshow at The Eden Project on Sept. 6, 2022 in Par, England. (Photo by Hugh Hastings - WPAPool/Getty)

However, Queen Elizabeth released a statement in February 2022 in which she announced her wish to bestow the title of Queen Consort on Camilla.

"When in the fullness of time, my son Charles becomes King, know you will give him and his wife Camilla the same support you have given me; and it is my sincere wish that, when that time comes, Camilla will be known as Queen Consort as she continues her own loyal service," Queen Elizabeth said.

Though Prince Harry and wife Meghan Markle will retain their titles as the Duke and Duchess of Sussex after stepping away from their role as senior royals in 2020, their son Archie and daughter Lilibet could possibly become a prince and princess. 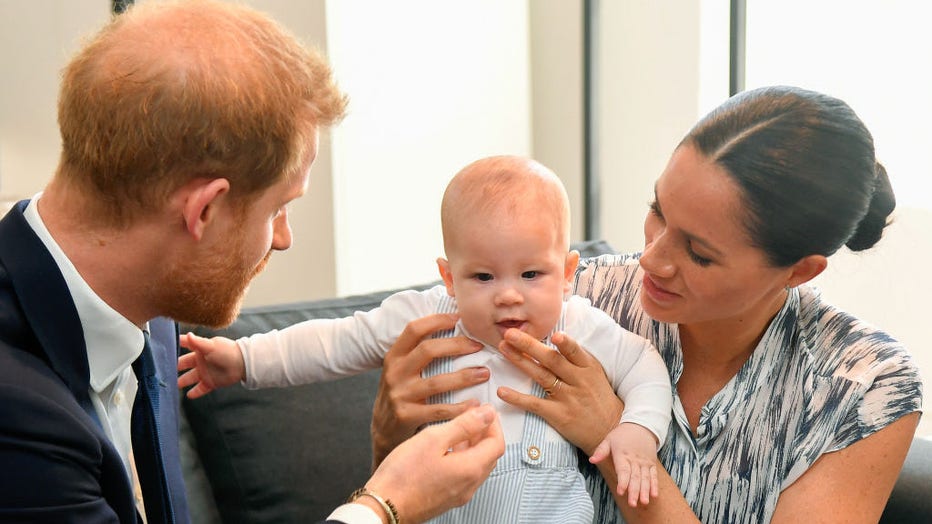 In 1917, King George V issued a decree that the children and grandchildren of a reigning sovereign have the automatic right to the titles prince or princess and HRH (His/Her Royal Highness).

As King Charles III has taken the throne, his grandchildren Archie and Lilibet have technically become royals.

However, the monarch could revoke their titles by amending the decree, which he may do in order to fulfill his reported stated objective of slimming down the royal family.