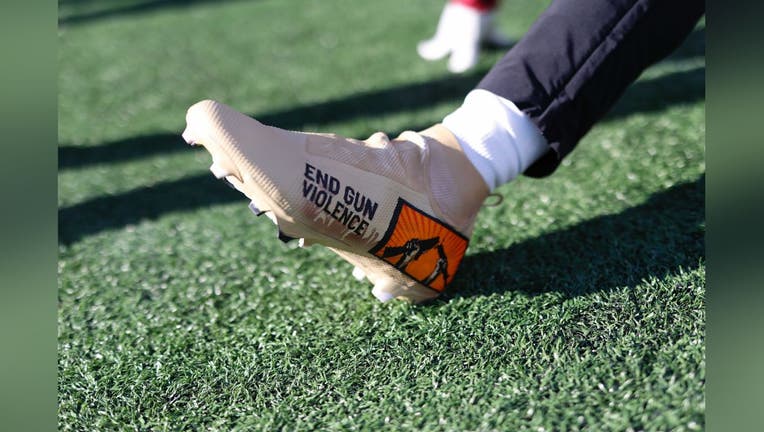 Washington Commanders running back Brian Robinson Jr. voiced his support for ending gun violence ahead of the team's game against the New York Giants on Sunday.

Robinson Jr. posted a photo to his Instagram page, showing his jersey next to a pair of cleats that featured the words "end gun violence."

According to the Commanders, the cleats show support for Everytown For Gun Safety, which is the largest gun violence prevention organization in America.

The Commanders rookie wore the cleats ahead of Sunday's game in New York as part of the NFL's "My Cause My Cleats" initiative.

According to the NFL, "My Cause My Cleats" gives players the opportunity to wear custom designed cleats that showcase a cause and an organization important to them.

Robinson Jr.'s call to end gun violence comes just months after the Commanders rookie was shot in the leg during a robbery attempt.

During the interaction, one of the suspects fired a shot towards Robinson Jr., hitting him in the leg. 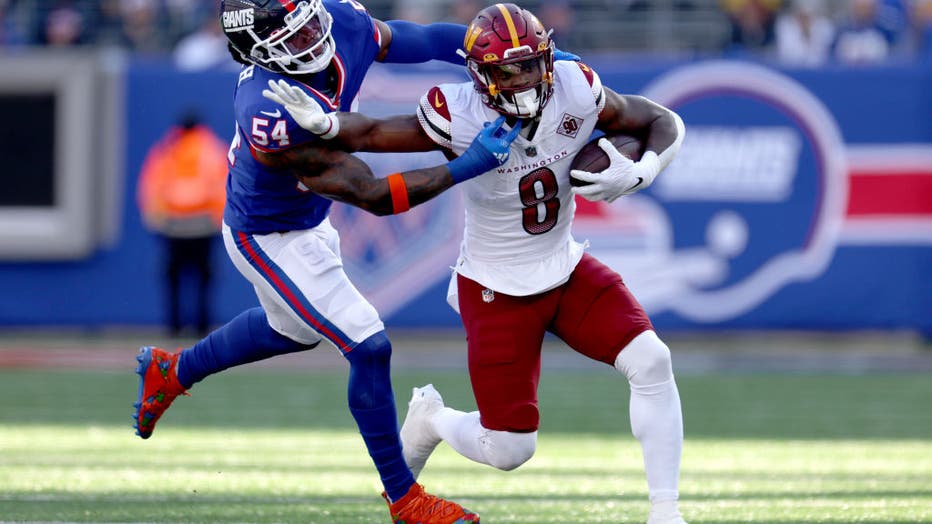 EAST RUTHERFORD, NEW JERSEY - DECEMBER 04: Brian Robinson Jr. #8 of the Washington Commanders runs with the ball as Jaylon Smith #54 of the New York Giants defends in the first quarter at MetLife Stadium on December 04, 2022 in East Rutherford, New J

The suspects then fled the scene in a stolen car without taking any property. That stolen car was later recovered by police.

In November, two teenagers, a 17-year-old and a 15-year-old, were arrested in connection with Robinson Jr.'s shooting.