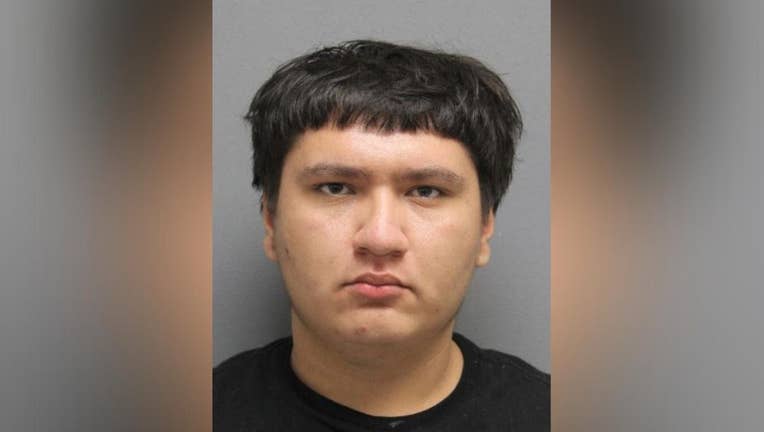 WOODBRIDGE, Va. - An 18-year-old man is in custody accused of shooting and killing a 19-year-old man last month in Prince William County.

The incident happened on June 14 in the Cheshire Station Plaza located in Woodbridge.

According to Prince William County Police, believe a transaction was arranged between the victim, an acquaintance and three other men. During the transaction, one of the men fired shots at the victims and his acquaintance.

The victim was shot several times in the upper body. He was transported to a nearby hospital where he later died.

PAST COVERAGE: Man shot near shopping center in Woodbridge; Suspects on the loose

Investigators were able to identify one of the men present during the encounter, and he was turned himself in on Wednesday. Police identified the man as Angel Alfonso Morales Flores, 18, of Woodbridge.

Morales Flores is charged with felony homicide, use of a firearm in commission of a felony and conspiracy to violate the drug control act.

On Wednesday, July 27, a Prince William County judge granted bond for Morales Flores. His next hearing date is set for September 22.

Police say they are continuing to investigate the shooting. Anyone with information is asked to contact the Prince William County Police Department tip line at 703-792-7000.