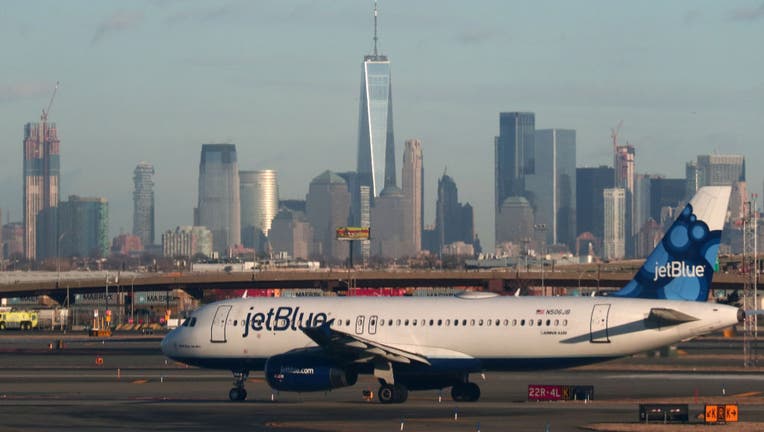 A JetBlue Airways airplane passes by the skyline of lower Manhattan in New York City as it heads to a runway for takeoff at Newark Liberty Airport on January 21, 2019 in Newark, New Jersey. (Photo by Gary Hershorn/Getty Images)

NEW JERSEY - A person has been taken into custody after a bomb threat was made towards a JetBlue flight heading from Orlando to Newark.

The plane landed safely at Newark Liberty International Airport at 10:25 a.m. with around 100 people onboard.

The Essex County bomb squad cleared the plane after it landed, and no injuries were reported, according to the Port Authority.

The incident was fully cleared a short time later.

Authorities say the individual responsible for the threat is in custody.