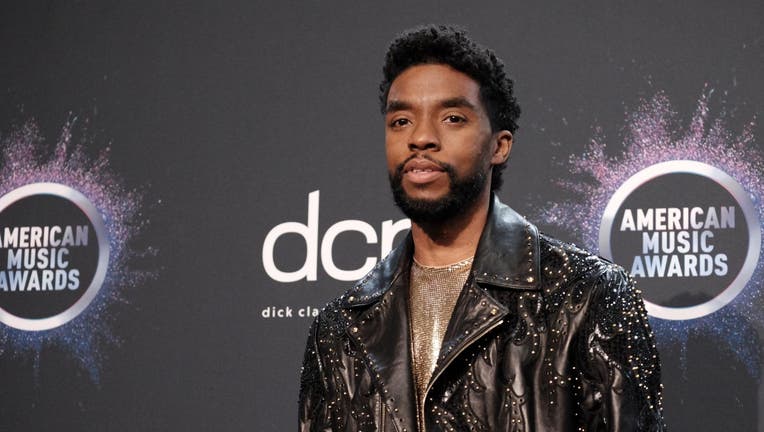 LOS ANGELES - Actor Chadwick Boseman, who played Black icons Jackie Robinson and James Brown before finding fame as the regal Black Panther in the Marvel cinematic universe, died Friday of cancer, his representative said. He was 43.

Boseman died at his home in the Los Angeles area with his wife and family by his side, his publicist Nicki Fioravante told The Associated Press.

Boseman was diagnosed with colon cancer four years ago, his family said in a statement.

Call it coming full circle for the actor who was tapped to deliver the commencement address and receive the university's highest honor - an honorary doctorate degree.

“A true fighter, Chadwick persevered through it all, and brought you many of the films you have come to love so much,” his family said. “From Marshall to Da 5 Bloods, August Wilson’s Ma Rainey’s Black Bottom and several more - all were filmed during and between countless surgeries and chemotherapy. It was the honor of his career to bring King T’Challa to life in Black Panther."

Boseman had not spoken publicly about his diagnosis.

Born in South Carolina, Boseman graduated from Howard University and had small roles in television before his first star turn in 2013. His striking portrayal of the stoic baseball star Robinson opposite Harrison Ford in 2013′s “42” drew attention in Hollywood and made him a star.

“This is a crushing blow” actor and director Jordan Peele said on Twitter, one of many expressing shock as the news spread across social media.

“This broke me,” said actor and writer Issa Rae.

His T’Challa character was first introduced to the blockbuster Marvel movies in 2016′s “Captain America: Civil War,” and his “Wakanda Forever” salute reverberated around the world after the release of “Black Panther” two years ago.

Even at the outset of his Hollywood career, Boseman was clear-eyed about — and even skeptical of — the industry in which he would become an international star.

“You don’t have the same exact experience as a Black actor as you do as a white actor. You don’t have the same opportunities. That’s evident and true,” he told AP while promoting “42.” “The best way to put it is: How often do you see a movie about a black hero who has a love story — with a black woman, or any woman for that matter ... he has a spirituality. He has an intellect. It’s weird to say it, but it doesn’t happen that often.”

He took on his first producing job in last year’s action thriller “21 Bridges,” in which he also starred, and was last seen on-screen in Spike Lee’s film “Da 5 Bloods” as the leader of a group of Black soldiers in the Vietnam War.