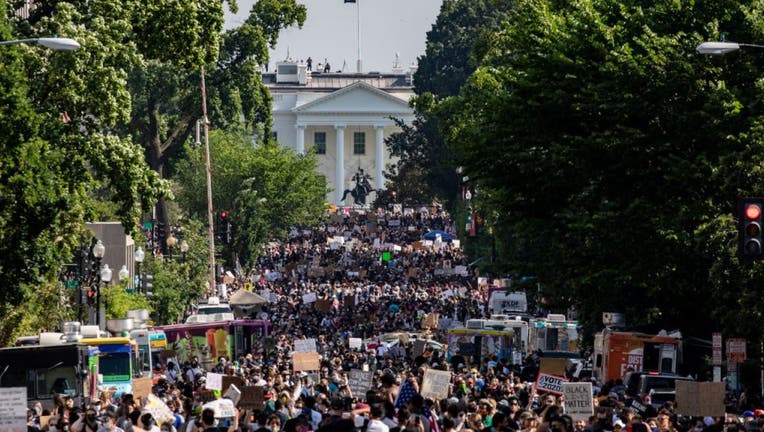 Protestors stretch for more than five blocks, from Scott Circle NW to H Street NW, during demonstrations over the death of George Floyd near the White House on June 6, 2020 in Washington, United States. (Getty Images)

A Norwegian lawmaker has nominated the Black Lives Matter movement for the 2021 Nobel Peace Prize for bringing attention to racial inequities around the world, while dismissing the riots and violence done in the name of the movement.

In his nomination papers, Norwegian MP Petter Eide said the movement forced nations to reckon with racism and other injustices, The Guardian reported.

"I find that one of the key challenges we have seen in America, but also in Europe and Asia, is the kind of increasing conflict based on inequality," he wrote. "Black Lives Matter has become a very important worldwide movement to fight racial injustice. They have had a tremendous achievement in raising global awareness and consciousness about racial injustice.

"They have had a tremendous achievement in raising global awareness and consciousness about racial injustice," he added.

Eide has previously nominated activists from Russia and China for the prize.

While Black Lives Matter has marched and advocated for racial equality and social justice causes, it has been particularly outspoken about police brutality following deadly police encounters with Black youths and men in recent years.

The movement came about in 2013 after the shooting death of Trayvon Martin, who shot was by a neighborhood watch volunteer, who was later acquitted. Martin was unarmed.

The movement gained further recognition after the police killing of Michael Brown in Ferguson, Mo. in 2014.

Coupled with the praise for racial awareness has been criticism for having encouraged rioting and vandalism during protests and other demonstrations. Critics accuse its supporters of acting more like a violent gang than a civil rights movement.

Many took to the streets over the summer to voice dismay over the police involed death of George Floyd and others. Some of those gatherings devolved into rioting, breaking into stores and engaging in violence against authorities and those who disagree with them.

"Studies have shown that most of the demonstrations organised by Black Lives Matter have been peaceful," Eide said.

"Of course there have been incidents, but most of them have been caused by the activities of either the police or counter-protestors."

Peace Prize nominations are submitted by any politician serving at a national level, among other criteria. The deadline is Feb. 1. The Norwegian Nobel Committee is expected to announce the winner in October.