The legislation comes amid protests over a draft leak showing the court could overturn Roe v. Wade. 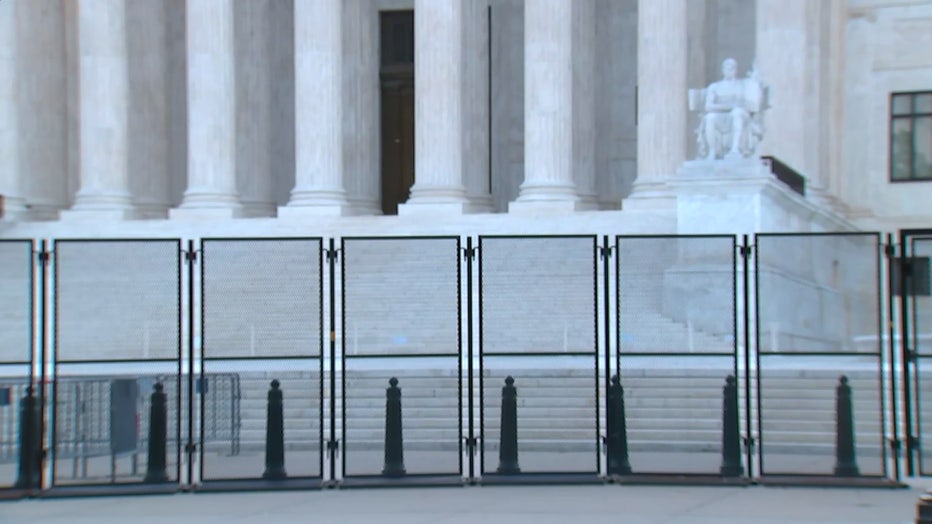 "Threats to the physical safety of Supreme Court Justices and their families are disgraceful, and attempts to intimidate and influence the independence of our judiciary cannot be tolerated," said Senator Cornyn in a press release ahead of the bipartisan vote.

"If the families of supreme court justices have the same profile and exposure as the highest ranking officials in our government, they deserve the same level of protection," Senator Coons added.

This comes in the wake of the leak draft opinion by Supreme Court Justice Samuel Alito indicating that the court is prepared to overturn Roe v. Wade.

It has spurred protests around the country, including at the homes of conservative supreme court justices.

While protests have been largely peaceful, law enforcement officials have braced for potential security risks.

Last week, an 8-foot-tall, non-scalable fence was installed around parts of the Supreme Court building, and crews set up concrete jersey barriers blocking the street in front of the court.

If the Supreme Court Police Parity Act becomes law, it would formally allow the Supreme Court of the united states police to provide around-the-clock protection to family members, in line with the security some executive and congressional officials get.

The bill now needs approval from the house before heading to President Biden's desk.