WASHINGTON - President-elect Joe Biden on Friday outlined his plan to control the coronavirus pandemic, which includes setting up mass vaccination centers across the country run by FEMA and opening up eligibility as he aims to get 100 million shots in Americans’ arms in his first 100 days in office.

Biden said lasting impact will come from uniting the nation in a new effort grounded in science and fueled by billions in federal money for vaccination, testing and outbreak detectives.

"You have my word: We will manage the hell out of this operation," Biden said Friday from Wilmington, Delaware. He also underscored a need for Congress to approve more money and for people to keep following basic precautions, such as wearing masks, avoiding gatherings and frequently washing their hands.

"This is not a political issue," Biden said. "This is about saving lives. I know it’s become a partisan issue, but what a stupid, stupid thing to happen."

Biden spoke a day after unveiling a $1.9 trillion "American Rescue Plan" to confront the virus and provide temporary support for a shaky economy. About $400 billion of the plan is focused on measures aimed at stemming virus, such as a more sophisticated scientific analysis of new strains and increasing the supply and distribution of the vaccines.

The president-elect, who will be sworn in on Jan. 20, outlined five stages of his program to get 100 million doses given to Americans during the first 100 days, declaring, "I’m convinced we can get it done."

He said mass vaccination sites by the Federal Emergency Management Agency will be set up in areas across the country, with schools, stadiums and other facilities used as distribution centers. Biden also pledged to deploy mobile clinics to get vaccines to "hard-to-reach communities," such as minority communities that have borne the brunt of the pandemic.

Biden pledged to maximize the available supply of vaccines and materials needed to administer them, using a Cold War-era law called the Defense Production Act to direct private manufacturing.

He committed to better communication with the states to avoid surprises about how many vaccine doses they can expect. His plan calls for the federal government to fully reimburse states that mobilize their National Guard to help distribute vaccines. 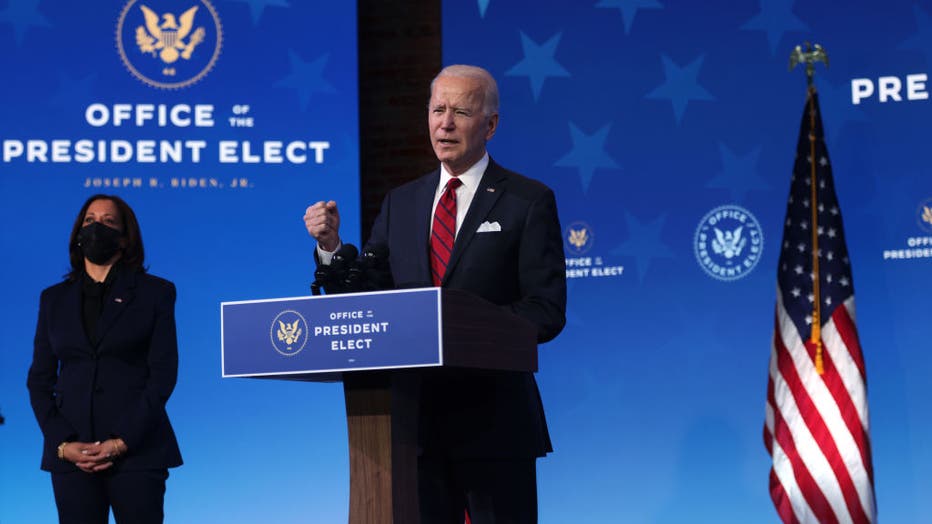 President-elect Joe Biden (R) speaks as U.S. Vice President-elect Kamala Harris (L) looks on during day two of laying out his plan on combating the coronavirus at the Queen theater Jan. 15, 2021 in Wilmington, Delaware. (Photo by Alex Wong/Getty Imag

He also seconded the Trump's administration's call earlier this week for states to start vaccinating more seniors, reaching those 65 and older as well as younger people with certain health problems. Until now states have been focused on inoculating health care workers, and some are starting to vaccinate people 75 and older. Relatively few are providing shots to people between 65 and 75.

Another carryover from the Trump administration plan: Biden said he intends to mobilize local pharmacies to administer vaccines.

On Friday, he announced former FDA chief David Kessler as his chief science officer for the vaccine drive. Kessler has been advising Biden as a co-chair of his advisory board on the coronavirus pandemic. A pediatrician and attorney, he has emphasized the need to ease public concerns about the safety of the coronavirus vaccines. Confidence in the FDA’s review process is critical to ramping up the effort to vaccinate millions of Americans. 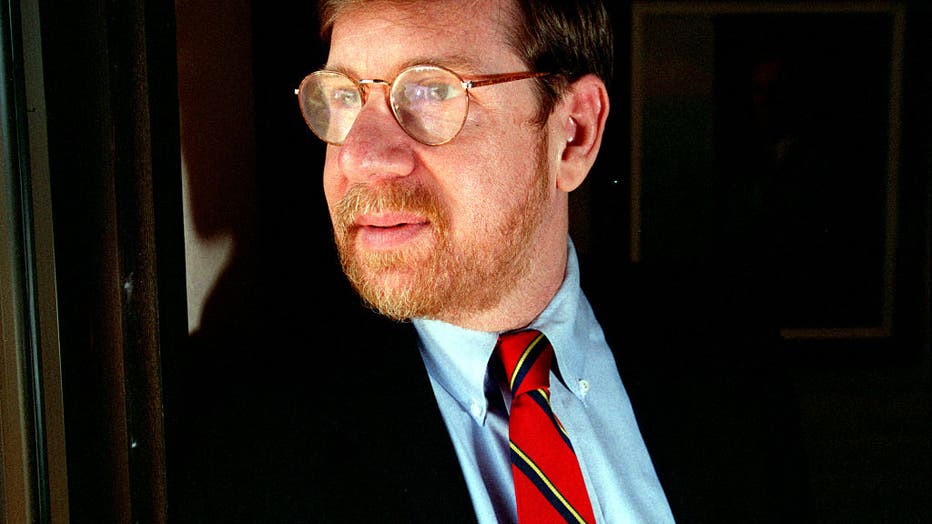 With the backing of Congress and the expertise of private and government scientists, the Trump administration delivered two highly effective vaccines and more are on the way. Yet a month after the first shots were given, the nation’s vaccination campaign is off to a slow start with about 12.3 million doses administered out of more than 31 million delivered, or 39%.

About 10.6 million individuals have received first or second doses, according to the Centers for Disease Control and Prevention. But the American Hospital Association estimates that close to 246 million must be vaccinated to reach widespread or "herd" immunity by the summer. Vaccines currently available require to shots to be fully effective.

Biden has called the vaccine rollout "a dismal failure so far." As infection rates and deaths from the virus skyrocket across the country, he warned the U.S. remains "in a very dark winter."

Biden called on Americans to override their sense of pandemic fatigue and recommit to wearing masks, practicing social distancing and avoiding indoor gatherings, particularly larger ones. It's still the surest way to slow the COVID-19 wave, with more than 4,400 deaths reported just on Tuesday.