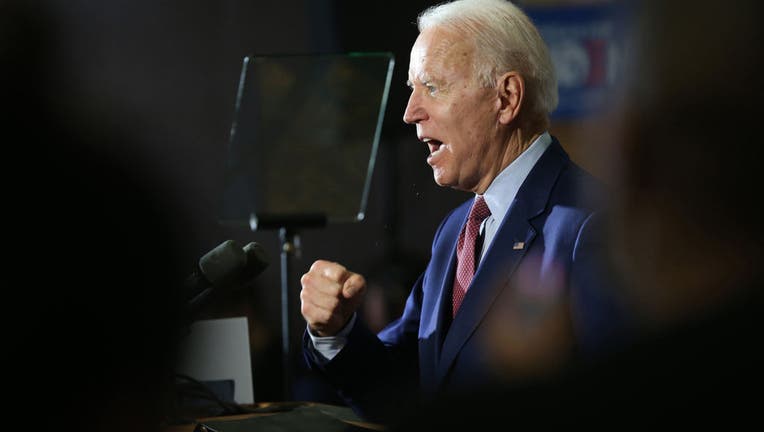 Black voters resurrected Biden’s campaign with a second place finish in the Nevada caucuses and a resounding win in the South Carolina primary after he’d started with embarrassing finishes in overwhelmingly white Iowa and New Hampshire. (John J. Kim/

ATLANTA (AP) - Joe Biden said he “should not have been so cavalier” in comments earlier Friday in which he suggested African Americans who back President Donald Trump “ain't black.”

Biden addressed the controversy during a conference call with the U.S. Black Chamber of Commerce Friday afternoon.

The presumptive Democratic presidential nominee appeared on the Breakfast Club, a radio program that is widely regarded in the black community. The host, Charlamagne Tha God, pressed Biden on reports that he is considering Minnesota Sen. Amy Klobuchar, who is white, to be vice president and told him black voters “saved your political life in the primaries” and “have things they want from you.”

A Biden aide then sought to end the interview, prompting the host to say, “You can’t do that to black media.”

Biden responded, “I do that to black media and white media” and said his wife needed to use the television studio.

He then added: “If you’ve got a problem figuring out whether you’re for me or for Trump, then you ain’t black.”

The comments come at a critical point in the presidential campaign as Biden tries to revive the mutli-racial and mulit-generational coalition that twice elected Barack Obama. He has already committed to picking a woman as his running mate and is considering several African American contenders who could energize black voters. But with black voters already overwhelmingly opposed to Trump, Biden is also considering candidates such as Klobuchar.

Trump and his allies, on defense for weeks over the president's handling of the coronavirus pandemic, were eager to seize on Biden's comments.

South Carolina Sen. Tim Scott, a Trump supporter and the Senate's sole black Republican, said he was “shocked and surprised” by Biden's remark.

“I thought to myself, as an African American, been black for 54 years, I was struck by the condescension and the arrogance in his comments," Scott said in a conference call quickly arranged by the Trump campaign. "I could not believe my ears that he would stoop so low to tell folks what they should do, how they should think, and what it means to be black.”

Symone Sanders, a Biden senior adviser who is also black, said his comment in Friday’s interview was “made in jest.”

“Let’s be clear about what the VP was saying,” Sanders tweeted. “He was making the distinction that he would put his record with the African American community up against Trump’s any day. Period.”

Trump himself has a history of incendiary rhetoric related to race.

When he launched his presidential campaign in 2015, Trump called many Mexican immigrants “rapists.” Campaigning in 2016, he asked black voters, "what the hell do you have to lose?”

In 2017, he said there good people on “both sides” of the clash in Charlottesville, Virginia, between white supremacists and anti-racist demonstrators that left one counter-protester dead.

Last year, during a private White House meeting on immigration, Trump wondered why the United States was admitting so many immigrants from “shithole countries” like African nations. He also blasted four Democratic congresswomen of color, saying they hate America and should “go back” to where they come from, even though all are U.S. citizens and three were born in the U.S.

Biden encouraged listeners on Friday to “take a look at my record,” citing his work as senator to extend the Voting Rights Act of 1965.

“The NAACP has endorsed me every time I’ve run," he said. "Come on, take a look at my record.”

Joe Biden began the process of selecting a running mate on April 30 with the announcement of a committee to vet potential candidates.

Black voters helped resurrect Biden’s campaign in this year's primaries with a second place finish in the Nevada caucuses and a resounding win in the South Carolina primary after he’d started with embarrassing finishes in overwhelmingly white Iowa and New Hampshire. Sixty-one percent of black voters supported Biden during the primary, according to AP VoteCast surveys across 17 states that voted in February and March.

There is little chance of a sudden shift in support for Trump among black voters. A recent Fox News poll shows just 14% of African Americans who are registered to vote have a favorable opinion of Trump, compared with 84% who view him unfavorably.

Seventy-five percent of African American registered voters say they have a favorable view of Joe Biden; 21% hold an unfavorable opinion.

There is a risk, however, of black voters, especially those who are younger, staying home in November, which could complicate Biden's path to victory in a tight election. The Breakfast Club is particularly notable venue for Biden's comments because the program is popular among younger African Americans. 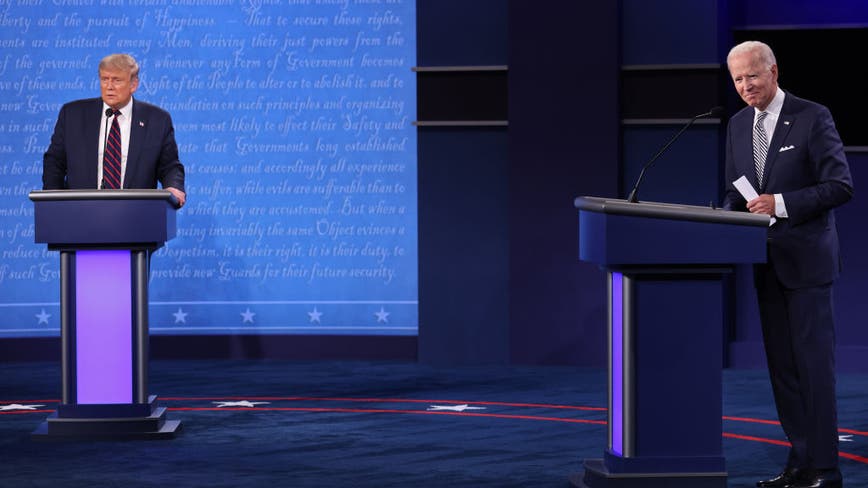