Betty White passed away just 17 days shy of her 100th birthday, but her fans will still get the chance to celebrate her centennial.

Fathom Events announced plans last month to show a film titled "Betty White: 100 Years Young — A Birthday Celebration" on Jan. 17. After her death on New Year’s Eve, Fathom mourned White’s death and announced it would move forward with its plans to distribute the movie.

"We will go forward with our plans to show the film on January 17 in hopes our film will provide a way for all who loved her to celebrate her life—and experience what made her such a national treasure," producers Steve Boettcher and Mike Trinklein said. 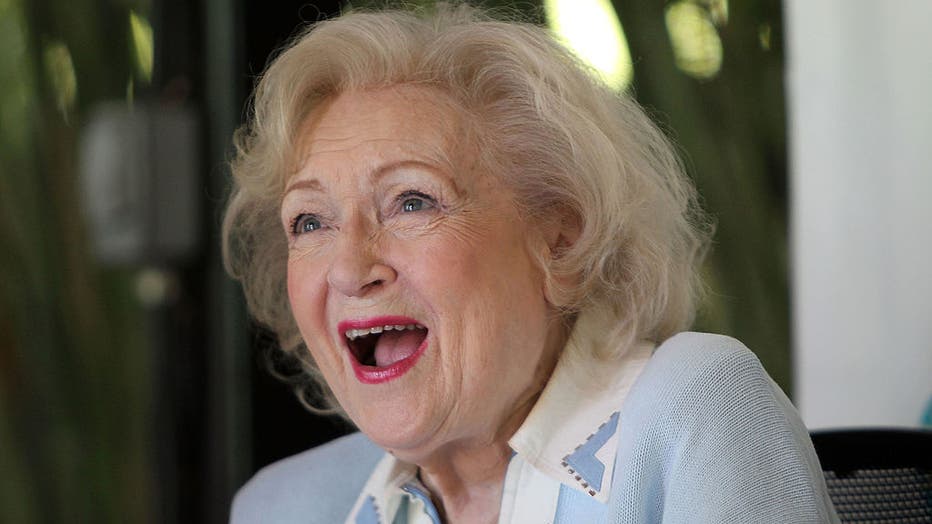 The entertainment group called the film a "celebration of America’s sweetheart," an opportunity to remember White’s life and career.

"It’s a time to come together and enjoy Betty's classic moments on The Golden Girls, SNL, Hot in Cleveland, The Proposal, and The Mary Tyler Moore Show, among others," the producers said. "Drawing from her final interview, this film provides a backstage look at her career, and insights into what was most important to her."

RELATED: A look back on Betty White’s career

The producers said they developed a great love and admiration for White during the many years they worked with her.

"We are thankful for the many decades of delight she brought to everyone. Betty always said she was the ‘luckiest broad on two feet’ to have had a career as long as she did. And honestly, we were the lucky ones to have had her for so long," they said.

The film, which runs 1 hour and 40 minutes, offers a "revealing glimpse" into the actress’ life, including behind-the-scenes on set, working with her office staff and entertaining at home.

Remember the beloved Betty White with these titles, streaming for free on Tubi

Life with Elizabeth (1952): White became the first woman ever to produce a sitcom with this 1952 gem, in which she played a newlywed adjusting to the trials and tribulations of married life.

Date with the Angels (1957): Another jewel in Betty White’s sitcom crown, this one starred white as Vickie Angel, a woman newly married to an insurance salesman. Watch this one for a glimpse of the unbeatable timing that made her a sitcom icon.

Betty White’s Pet Set (1971): Betty White, a legendary champion for animals, interviews some furry friends and some less furry but more famous ones in this brief series. Her sit-down with friend and co-worker Mary Tyler Moore is not to be missed.

This story was reported from Atlanta. Kelly Hayes contributed to this report.