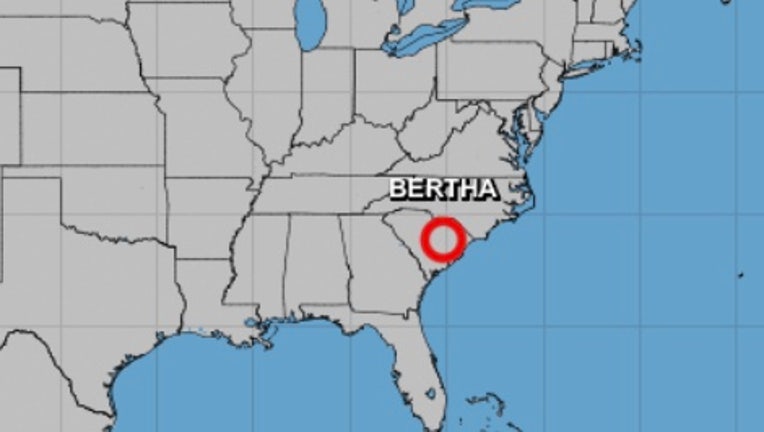 ORLANDO, Fla. - Tropical Storm Bertha has weakened to a tropical depression, according to the National Hurricane Center.

Bertha became the second named storm of the 2020 Atlantic hurricane season on Wednesday -- and the season hasn't even officially begun.

Maximum sustained winds are clocked at 35 mph and Bertha is moving north-northwest at 15 mph.

All Tropical Storm Warnings have been discontinued.

Heavy rainfall is spreading across the Carolina's. Bertha is not expected to affect Florida as it moves away from the state.

All eyes are on the weather as the first manned launch in nearly a decade is set for liftoff on Wednesday from the Kennedy Space Center at 4:33 p.m.

Be sure to download the FOX 35 Weather app to stay prepared throughout hurricane season.