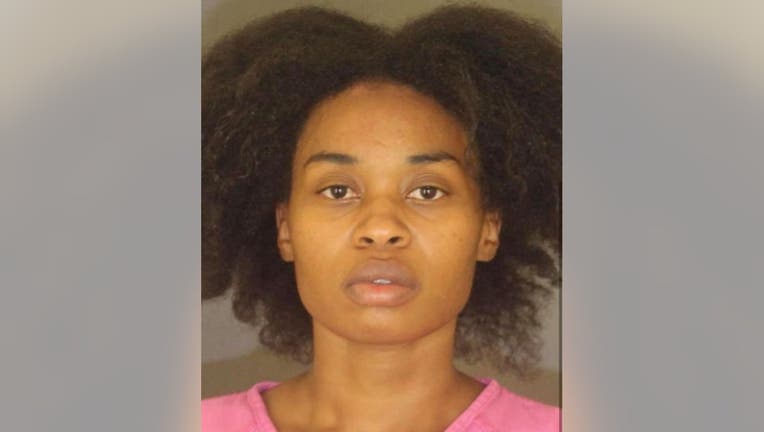 BALTIMORE - Neighbors of a woman charged with killing her two young children told investigators they heard one of them screaming "Mommy no!" days before they were found dead last week in a Baltimore apartment, according to charging documents that also described the gruesome crime scene.

The plea is believed to have come from Da’Neria Thomas, 6, on Aug. 19, five days before she and her 8-year-old brother, Davin, were found by a maintenance worker who entered the residence to look into complaints of a foul smell coming from the unit.

Their mother, Jameria Hall, 28, wasn't home at the time. She admitted to the killings Wednesday and is charged with two counts of first-degree murder and is being held without bail, the documents state.

When Baltimore police officers responded to the home Tuesday, they found Davin lying face down in a sleeping bag in the living room with a "large knife" still in his chest. A plastic trash bag was wrapped around his face and head, authorities said. His sister was found lying naked in a bathtub with clothing wrapped around her neck.

Both bodies were in a state of decomposition, police said.

Hall was last seen with the children outside the apartment building on Aug. 19. Neighbors told police they heard screaming coming from someone inside the home believed to be Da’Neria Thomas.

Hall's mother told the police on Aug. 23 that she was told her daughter was in the hospital and that the children had been taken by their father. He told investigators that he hadn't seen the children.

The father said he last saw Hall on Aug. 24 on the street "screaming and cursing at no one" and that she appeared to be under the influence.

She was tracked down by investigators Wednesday in an Uber and taken into custody.

She has had previous run-ins with the law before. In a 2018 incident, she set her mother's home on fire, disabled the smoke detectors and burned family photos, The Baltimore Sun reported. Authorities said the images had been assembled into something described as an "altar."

An alert was issued for the children at the time, who were found at a hospital. Hall was sentenced to a year in prison for first-degree arson but kept custody of the kids.

On social media, she often posted photos of her children.

"Innocent and my children will always be innocent in this cruel world MOMMY GOT THEM 2 gether," she wrote in April.

In another post later that month, she wrote: "My two little best friends. They perfect to me. A bond that can never be broken."