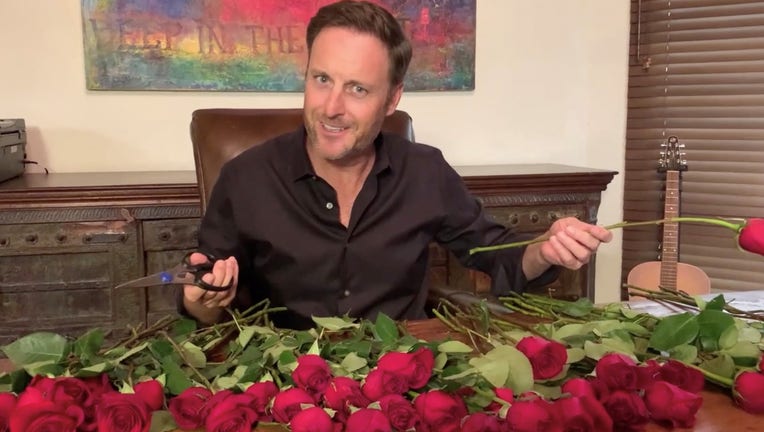 "Bachelor" host Chris Harrison has announced he will be stepping back from his duties on the ABC franchise due to an ongoing racism controversy that saw him on the receiving end of intense backlash this week.

Harrison, 49, took to Instagram with a lengthy statement on Saturday afternoon to take accountability for his actions.

"I have spent the last few days listening to the pain my words have caused, and I am deeply remorseful. My ignorance did damage to my friends, colleagues and strangers alike. I have no one to blame but myself for what I said and the way I spoke," he wrote in a lengthy statement shared on Instagram Saturday.

His statement continues: "I set standards for myself, and have not met them. I feel that with every fiber of my being. Now, just as I taught my children to stand up, and to own their actions, I will do the same. By excusing historical racism, I defended it. I invoked the term 'woke police,' which is unacceptable. I am ashamed over how uninformed I was. I was so wrong."

"To the Black community, to the BIPOC community: I am so sorry. My words were harmful. I am listening, and I truly apologize for my ignorance and any pain it caused you," he added. "I want to give my heartfelt thanks to the people from these communities who I've had enlightening conversations with over the past few days, and I am so grateful to those who have reached out to help me on my path to anti-racism."

Harrison went on to say that the current season of "The Bachelor" "should not be marred or overshadowed by my mistakes or diminished by my actions."

Harrison confirmed he will be "stepping aside for a period of time and will not join for the After the Final Rose special." He said he reached this decison by consulting with Warner Bros. and ABC.

"I am dedicated to getting educated on a more profound and productive level than ever before. I want to ensure our cast and crew members, to my friends, colleagues and our fans: this is not just a moment but a commitment to much greater understanding that I will actively make every day."

It is unclear who will take over Harrison's role. Reps for ABC and Warner Bros. did not immediately respond to Fox News requests for comment.

The longtime emcee's temporary departure comes days after he appeared on Extra in an interview with "Bachelorette" alum Rachel Lindsay who was the show's first Black female lead. In the interview, he defended current contestant Rachael Kirkconnell after photos resurfaced of her attending an "Old South" themed party at a plantation in 2018.

In a statement on Wednesday, Harrison, 49, apologized for his words.

"I have this incredible platform to speak about love, and yesterday I took a stance on topics which I should have been better informed. While I do not speak for Rachael Kirkconnell, my intentions were simply to ask for grace in offering her an opportunity to speak on her own behalf," he wrote.

"What I now realize I have done is cause harm by wrongly speaking in a manner that perpetuates racism, and for that I am so deeply sorry. I also apologize to my friend Rachel Lindsay for not listening to her better on a topic she has a first-hand understanding of, and humbly thank the members of Bachelor Nation who have reached out to me to hold me accountable," Harrison concluded. "I promise to do better."

Also this week, Lindsay revealed her plans to quit the ABC franchise for its lack of diversity.

"I can’t take it anymore," Lindsay, 35, said on her "Higher Learning" podcast via Page Six. "I’m contractually bound in some ways. But when it’s up, I am, too. I can’t do it anymore."