The Abbott Laboratories plant in Michigan, which was at the center of the nation's baby formula crisis, has stopped production again.

Production of its EleCare specialty formula was stopped after severe storms in southwestern Michigan flooded areas of its Sturgis, Michigan plant.

This is the same plant that forced Abbott to issue a recall of some of its formulas in February due to contamination issues.

The closure of the Sturgis facility, the largest in the U.S. and source of leading brands like Similac, exacerbated the industry-wide baby formula shortage. For several months, parents and caregivers have been scrambling as shelves increasingly become more barren. Meanwhile, retailers were forced to put purchasing limits on the product to try and curtail stockpiling.

The company, which has notified the U.S. Food and Drug Administration, said the incident will likely delay the production and distribution of the infant formula for a few weeks.

"Abbott has ample existing supply of EleCare and most of its specialty and metabolic formulas to meet needs for these products until new product is available," according a statement.

"Once the plant is re-sanitized and production resumes, we will again begin EleCare production, followed by specialty and metabolic formulas. In parallel, we will work to restart Similac production at the plant as soon as possible," the statement continued.

U.S. Food and Drug Administration Commissioner Dr. Robert Califf responded to the issue on Twitter Wednesday night writing, "Today, we were made aware of the weather-related situation at Abbott’s Sturgis, Mich. facility. I personally spoke to the CEO tonight and we discussed our shared desire to get the facility up and running again as quickly as possible." 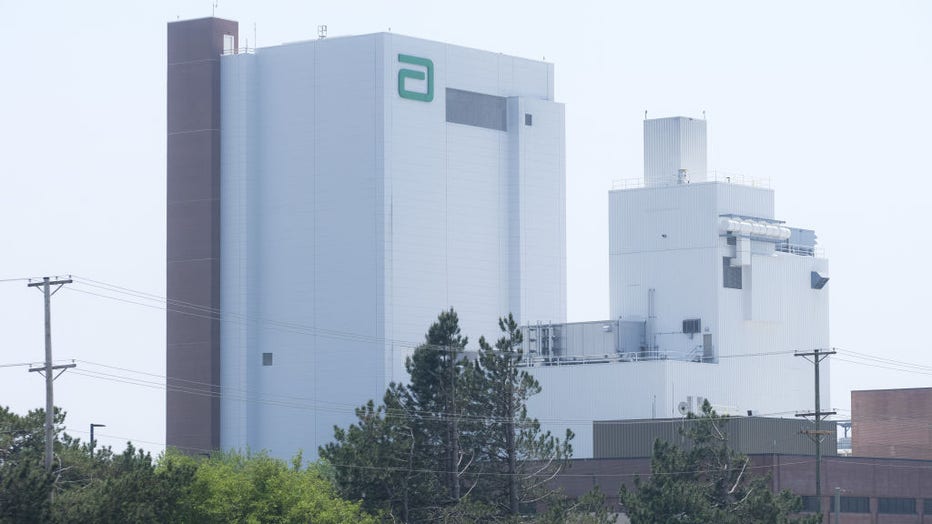 FILE IMAGE - The Abbott Nutrition factory in Sturgis, Michigan, US, on Thursday, May 19, 2022. Photographer: Matthew Hatcher/Bloomberg via Getty Images

Califf went on to call the situation an "unfortunate setback" and reassured consumers that "the all-of-government work to increase supply means we’ll have more than enough product to meet current demand."

"Abbott has been exceeding the monthly quantity of formula that it produced in 2021 – all while the Sturgis facility is out of production. Other producers also continue to make formula at higher-than-average rates, and we continue to exercise flexibility to import add'l formula," Califf added. "This means that the total amount of formula available, even before the Sturgis plant is back in production, exceeds the demand for formula prior to the recall."

Califf said Abbott will report its progress repairing the plant to the FDA in the coming days. The FDA will then return to the plant to ensure it can restart production safely.

"Making sure that parents and caregivers have access to both safe and available infant formula remains a top priority for the FDA, and our teams are working night and day to help make that happen," Califf said.

Abbott is only one of four companies, including Gerber, Perrigo and Reckitt, that produce an estimated 90% of U.S. formula.

Get updates to this story from FOXBusiness.com.