Authorities say police in D.C. have shot an armed man during an incident in the Northeast.

WASHINGTON - Authorities say police in D.C. have shot and killed an armed man during an incident in the Northeast.

The incident was reported around 3 a.m. when officers responded to New York Avenue and Florida Avenue for a report of a man with a gun.

FOX 5's Melanie Alnwick reports that at a press conference, Chief Contee confirmed officers shot the man after responding to the scene and finding him asleep in a vehicle in the roadway. Police said that when the driver awoke, he pointed a weapon at officers before being shot. The driver crashed the vehicle a short distance away.

The man was transported to a hospital where he later died. 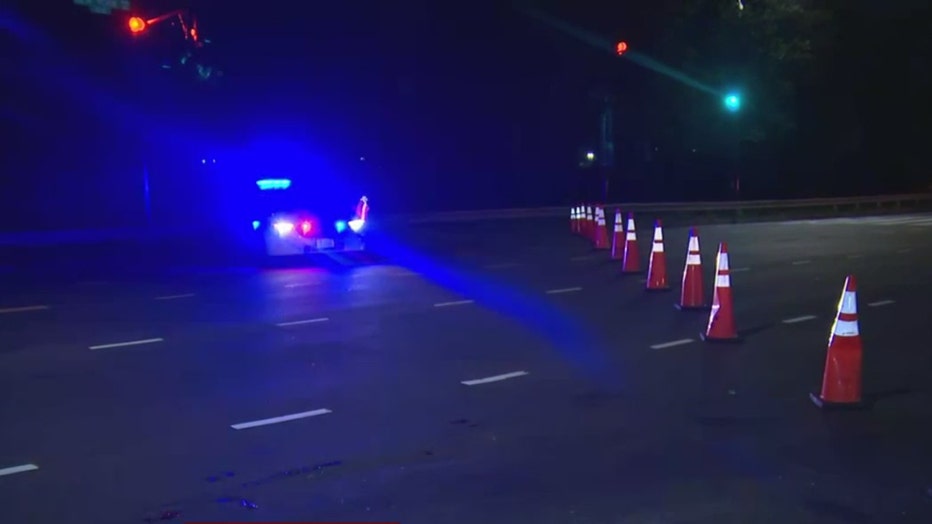 Investigators say traffic will be closed along both eastbound and westbound New York Avenue -- between 4th Street NE and North Capitol Street NE – due to the investigation.

This is the second police involved shooting in the last 24 hours, police say. Just before 6 p.m. Tuesday, officials say officers shot a man in the 1700 block of Minnesota Avenue in the Southeast. That incident is also still under investigation.