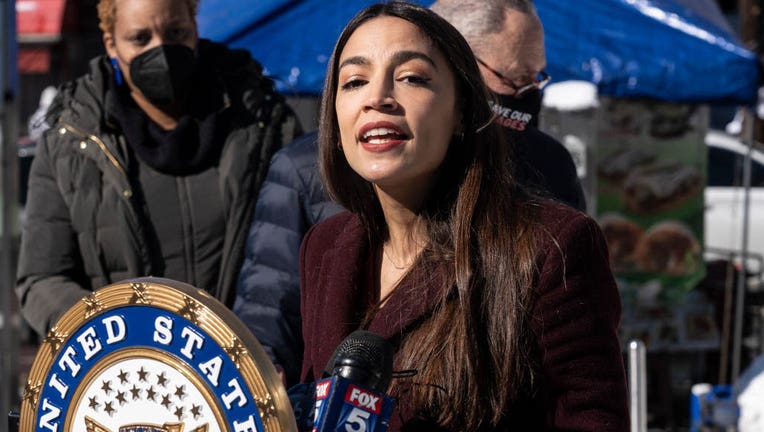 Rep. Alexandria Ocasio-Cortez is "inclined to say yes" to calls by progressive organizations and at least one fellow Democrat in Congress for 82-year-old Supreme Court Justice Stephen Breyer to retire at the end of the current term of the high court.

Ocasio-Cortez, the two-term representative from New York who’s arguably the most high profile progressive in Congress and the most well-known of the group of diverse of lawmakers on the left known as "the Squad," was asked Sunday in an interview on CNN’s "State of the Union" whether Breyer should retire.

"You know, I – it's something that I’d think about but I, I would probably lean towards yes. But yes, you're asking me this question so I've just, I would give more thought to it, but, but I'm inclined to say yes," Ocasio-Cortez answered.

Some progressive are urging Breyer to step down now – while the Democrats control both the White House and the Senate, which confirms Supreme Court justices – so he can be succeed by another younger but equally progressive-minded justice.

Earlier in the CNN interview, host Dana Bash asked Ocasio-Cortez if she agreed with comments in April by Democratic Rep. Mondaire Jones of New York urging Breyer to retire, she said "I believe Representative Jones has a point."

Mondaire in April argued that "there’s no question" that Breyer should step down, adding "my goodness, have we not learned our lesson?"

The late progressive leaning justice Ruth Bader Ginsburg resisted calls during President Barack Obama’s eight years in the White House to retire. Her death last year at age 87 – during then-President Trump’s term in office and while the Republicans still controlled the Senate – allowed Trump to place a third conservative justice on the Supreme Court.

Ocasio-Cortez during the interview also raised concerns over President Biden’s Department of Justice for recent moves that are being questioned and criticized by progressives.

"The actions of Biden’s DOJ have been extremely concerning," the congresswoman emphasized. She argued that "across the board .. we aren’t seeing a transformational DOJ that I think people had been looking forward to and that is something that deserves a lot more questions."