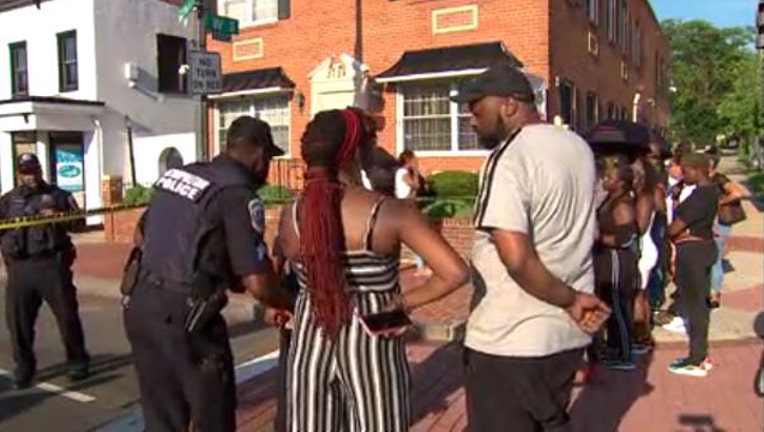 The scene outside New Creations salon in Anacostia after a shooting July 10.

WASHINGTON - D.C. police say they've arrested the suspected killer of a man this month inside an Anacostia hair salon.

Police say they found 22-year-old Andre Broadie of Northeast suffering from gunshot wounds after the shooting. He died at the scene.