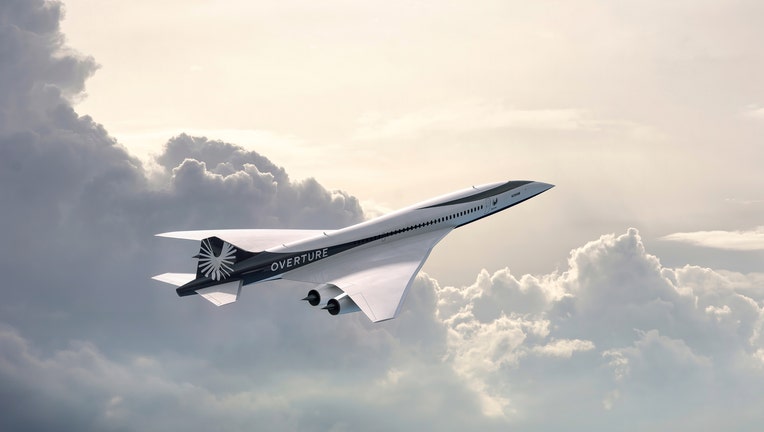 Cumulonimbus cloud and cirrus cloud surround the Overture in this rendering. (Boom Supersonic)

DALLAS - American Airlines has agreed to buy up to 20 supersonic jets and put down a non-refundable deposit on the planes that are still on the drawing board and years away from flying.

Neither American nor the manufacturer Boom Supersonic would provide financial details Tuesday, including the size of American's deposit. American becomes the second U.S. customer for Boom after a similar announcement last year from United Airlines for 15 of the planes, called the Overture.

It has been nearly 20 years since the last supersonic passenger flight by Concorde, the British-French plane that failed to catch on because of the high cost of flights.

Boom CEO Blake Scholl insists his company's plane will be different when it debuts in 2029, with tickets costing about $4,000 to $5,000 to fly from New York to London in about three and one-half hours.

"There are tens of millions of passengers every year flying in business class on routes where Overture will give a big speed-up," Scholl said in an interview, "and airlines will be able to do it profitably."

Skeptics have questioned Boom's ambitious timetable, especially in light of the many years it has taken Boeing, an established manufacturer, to get planes or even retrofits to planes approved by the Federal Aviation Administration.

Also, Boom does not yet have an engine manufacturer lined up. It is talking with Rolls Royce and others.

Boom says the plane will fly entirely on sustainable aviation fuel, often made from plant material, which is currently in short supply and very expensive. 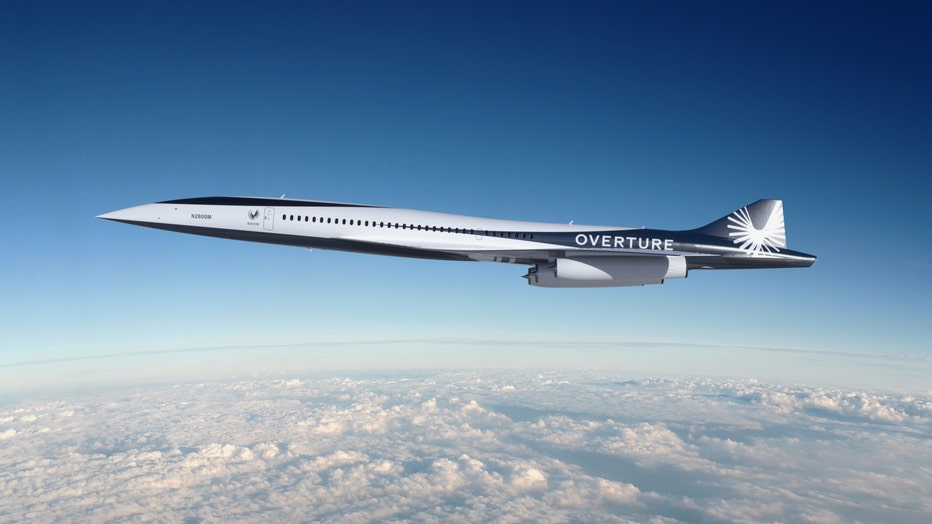 Boom says the Overture program will cost between $6 billion and $8 billion. The plane carries a list price of $200 million, although other manufacturers routinely give airlines deep discounts.

Last month, Boom announced changes to the plane's design to make it simpler and less expensive to build and maintain. The most striking change was going from three engines, including a different type on the tail, to four identical engines under the delta-shaped wings.

The union representing American's pilots questioned the timing of the airline's investment in planes that won't be available for several years at best. American has struggled this summer, canceling more than 9,300 flights since June 1 — more than double the cancellations at United, Delta or Southwest — according to FlightAware.

"Investing in today’s operation should be management’s sole focus," said Dennis Tajer, a spokesman for the union. "If there aren’t any changes to how management schedules this airline and its pilots, these will just be supersonic cancellations."