From a golden costume to a Golden Mask Trophy, the person behind the musical costume was none other than multi-award-winning actress and singer Amber Riley. (Credit: FOX)

LOS ANGELES - On Wednesday’s finale of "The Masked Singer," the remaining finalists battled it out for the coveted title of King or Queen — and it turned out to be a sweet-sounding victory for Harp.

From a golden costume to a Golden Mask Trophy, the person behind the musical costume was none other than multi-award-winning actress and singer Amber Riley.

The 36-year-old revealed to FOX Television Stations that she really got really into "The Masked Singer" during the COVID-19 pandemic.

"I became such a big fan of the show and really wanted to do it because everyone spoke about how much fun it was, and honestly it really is a lot of fun," Riley shared. "I used to watch with my friends. We had a group chat. We would be arguing over group chat or over FaceTime who we thought the different characters were." 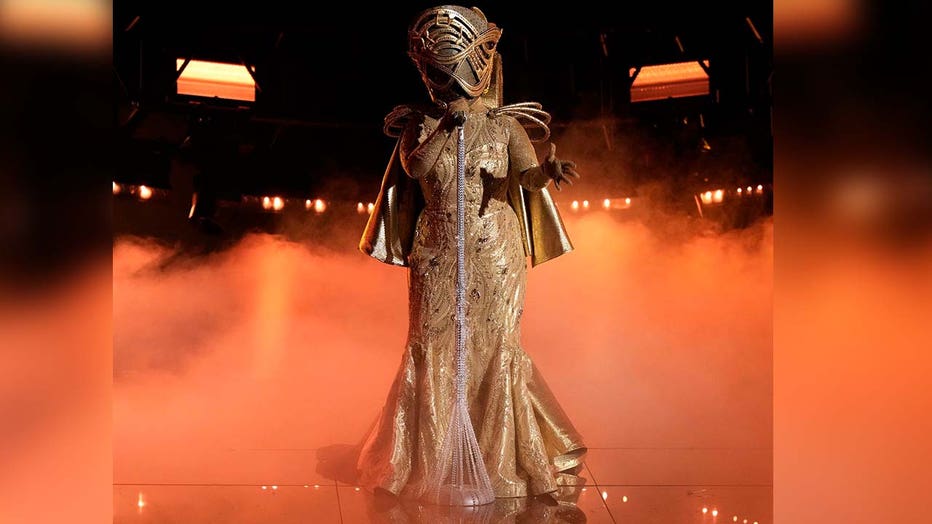 Harp sings on 'The Masked Singer' during finale. (Credit: FOX)

She continued: "I actually had a friend who was in the group chat that was on the show. During the time, we were like ‘We know it’s you JoJo!’"

"Leave (Get Out)" singer JoJo placed runner-up on season 5 of the Fox reality competition and was revealed as The Black Swan.

Riley is known predominately for her work in musical projects, including the hugely popular television series "Glee," which aired from 2009-2015.

The Lambs, Harp revealed on 'The Masked Singer'

In the special two-hour episode, the remaining finalists battled it out for the coveted title of King or Queen. (Credit: FOX)

She revealed that she still stays in touch with her former castmates and said if any of them joined "The Masked Singer" stage that she would know it was them right away.

"I hope that somebody does it because I think that they would enjoy it too," Riley added.

Panelist Nicole Scherzinger was able to accurately predict that it was Riley underneath the shimmering costume.

"It’s chills, it’s goosebumps, it’s transcending. We love you so much," Scherzinger told her during the reveal Wednesday.

And, Riley is no stranger to reality competition shows — and winning them.

In 2013, Riley won the coveted Mirror Ball Trophy on ABC’s "Dancing with the Stars."

She told FOX that she doesn’t really see herself as a competitive person, but rather just has a lot of drive, focus and goals.

"I hope that I can be a representation that if you just have all of those things and you really go after your dreams that you can actually achieve them because I envisioned the life that I have right now, and I really worked hard to get here. So, I hope people see me and they can do the same," she concluded.

The Lambs place runner-up on ‘The Masked Singer’

But Riley wasn’t the only contestant revealed on Wednesday’s finale.

Runner-ups, The Lambs, were also forced to "take it off," and were revealed as the Grammy-nominated pop group Wilson Phillips — known for the ‘90s hit song "Hold On." 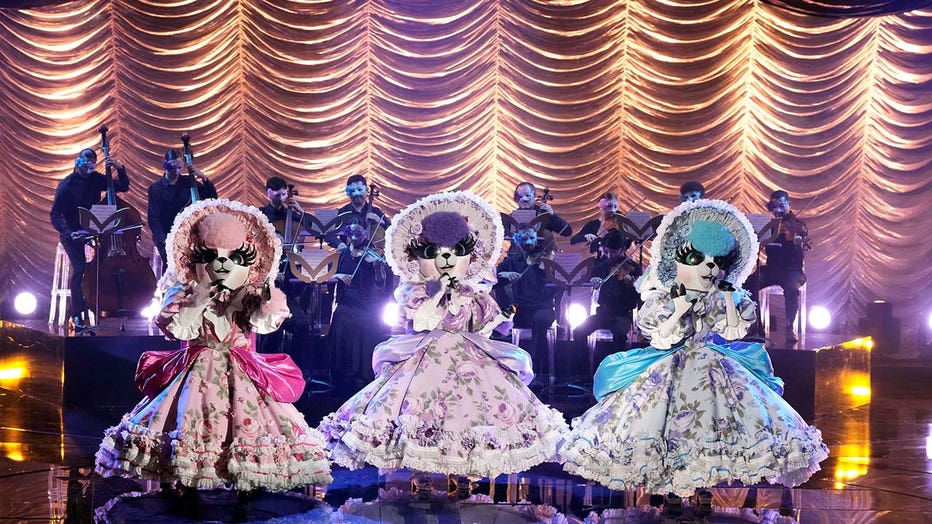 The Lambs perform on 'The Masked Singer' stage. (Credit: FOX)

"It’s a journey that we will never forget," Wendy Wilson told the audience of their experience on the show. "It’s been amazing."

"I knew it was you guys, man," Thicke said, adding, "You guys hit that harmony and it just hit my ear and my heart. Those harmonies are so special and so individual. It’s really beautiful. You guys killed it."

And if you thought "The Masked Singer" was over until 2023, the series will be back to celebrate the holiday season on an all new sing-a-long special on Dec. 7 on FOX.

On the episode, fan-favorite contestants from the eighth season will get into the holiday spirit with never-before-seen holiday performances, laugh-out-loud bloopers and exciting behind-the-scenes footage.