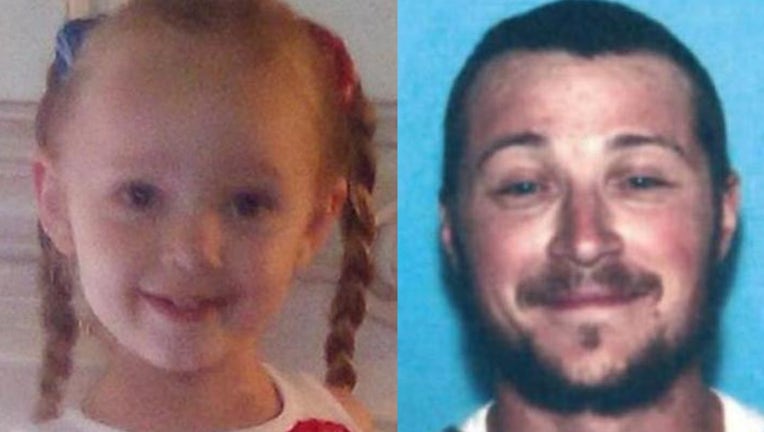 FAIRMONT, W.Va. - The West Virginia State Police are asking for the public's help finding a 4-year-old girl who they say was abducted by her father.

Gracelynn June Scritchfield was last seen on July 6 in Fairmont. Police say she was taken by her father, 24-year-old Arlie Edward Hetrick III.

Police believe they are traveling in a 2001 Gold Subaru Forester, WV License Plate 1TH163. The Arizona Department of Public Safety said on Tuesday that the vehicle was spotted in Arizona.

It's not known why he took the girl.

Gracelynn is described as 3-feet tall and weighing around 35 pounds. She has brownish-blonde hair.

Hetrick is described as 5-feet 9-inches tall weighing about 140 pounds with brown hair and blue eyes.

Anyone with information regarding Gracelynn's whereabouts is asked to contact the West Virginia State Police or call 911.