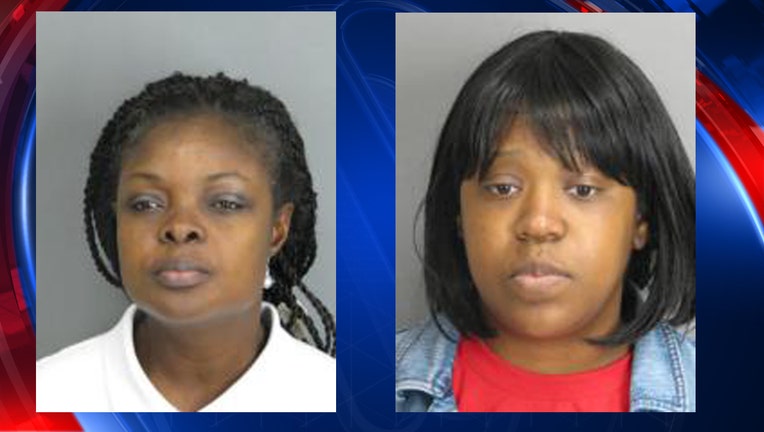 Lisa Campbell, 38, a teacher at James L. and Juliette McNeil Preschool Academy in Alexandria, and Cherie Evette Diggs, 40, a teacher's aide at the preschool, have both been charged in this case.

Detectives began an investigation after the mother of the victim notified police at a hospital about bruises on her daughter's arms, which was believed to have been suffered at the preschool on April 21. Child Protective Services was notified and assisted in the investigation.

According to police, detectives issued warrants for the arrest of both women. Diggs turned herself in to police on Tuesday while Campbell surrendered to police the following day.

"It's disheartening that you bring your kids here thinking that they are going to be looked after while you are at work and to see that -- it's disheartening," said Dan Claxton, a grandparent of two children at the preschool.

Both women have been fired by the preschool. Claxton and other parents told FOX 5 they were not made aware by the preschool of the alleged abuse by the former employees.

Police are concerned there could be more victims and are urging parents to take a closer look at their children. Anyone with information is asked to contact Crime Solvers electronically by visiting http://www.fairfaxcrimesolvers.org or by texting "TIP187" plus your message to CRIMES (274637) or by calling 1-866-411-TIPS (8477) or Fairfax County Police at 703-691-2131.