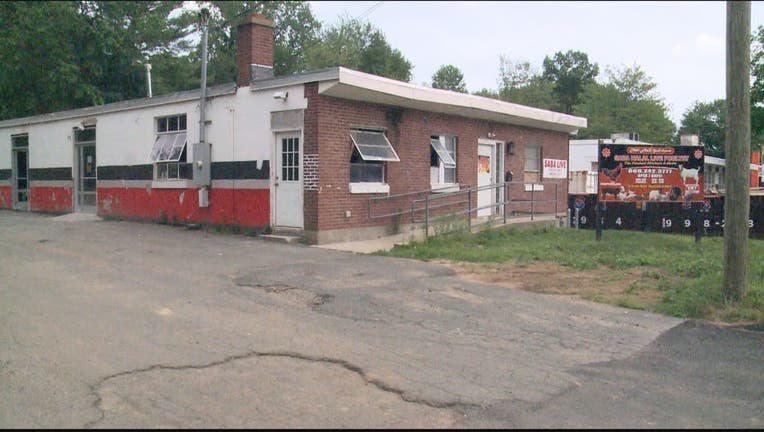 ALEXANDRIA, Va. (FOX 5 DC) - A chicken slaughterhouse is on track to start construction in Alexandria next month despite a court complaint and outcry from neighboring businesses.

The proposed halal butcher shop has been marred with controversy from the get-go.

D.C. Live Poultry would house and slaughter chickens according to Islamic law on Colvin Street,
but neighbors aren’t giving up their fight, citing a recent incident in Connecticut.

Saba Live Poultry was shut down for two weeks after employees tracked down and killed a runaway cow by slitting the calf’s throat in the middle of a Home Depot Parking lot in Bloomfield.

The Connecticut Department of Agriculture allowed the butcher to re-open after addressing a number of issues, including sanitation, animal suffering and insufficient air, food and water.

Alexandria residents are up in arms over a chicken slaughterhouse.

Saba is the parent company of D.C. Live Poultry with 14 locations nationwide.

The Alexandria City Council approved the company’s permit in March, but neighboring businesses and two councilmembers have been outspoken against the idea of having it in their backyard, citing noise, smell, and parking among their concerns. Neighbors even filed a complaint, which is scheduled to be heard in circuit court next month.
FOX 5 spoke with Alexandria mayor Justin Wilson who voted in favor of issuing the permit with some conditions.

“Ultimately, when we go through the special use permit process that’s our criteria, we’re looking to make sure we mitigate the impacts of the use and I think, in this case, a majority of the council felt like the conditions we applied appropriately mitigated the use,” said Wilson.

The owner of the company told FOX 5 he’s on track to start construction next month and open in January.

He says they made a number of proactive changes to address neighbor’s complaints — above and beyond what the city required — and says this location would only butcher chickens, not cows.