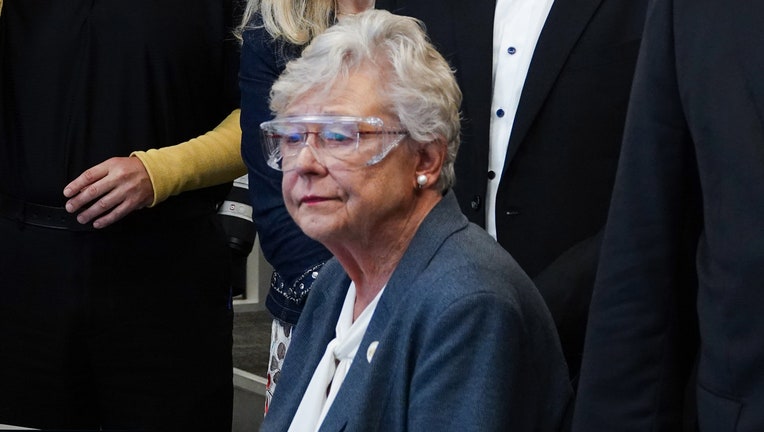 MONTGOMERY, Ala. (AP) — - Alabama Gov. Kay Ivey is apologizing after a radio interview described her wearing blackface during a college skit in the 1960s.

Ivey issued a statement Thursday saying that she does not remember the sketch or ever wearing blackface but wanted to "offer my heartfelt apologies for the pain and embarrassment this causes."

Ivey issued the apology and released a 1967 recording of an Auburn University college radio interview her then-fiance Ben LaRavia gave describing the skit. Ivey at the time was SGA vice-president.

He describes her wearing "black paint all over her face" in a skit at the Baptist Student Union party.

Ivey said Friday that she did not remember the skit, but "will not deny what is the obvious."

Ivey said "that is not who I am today."