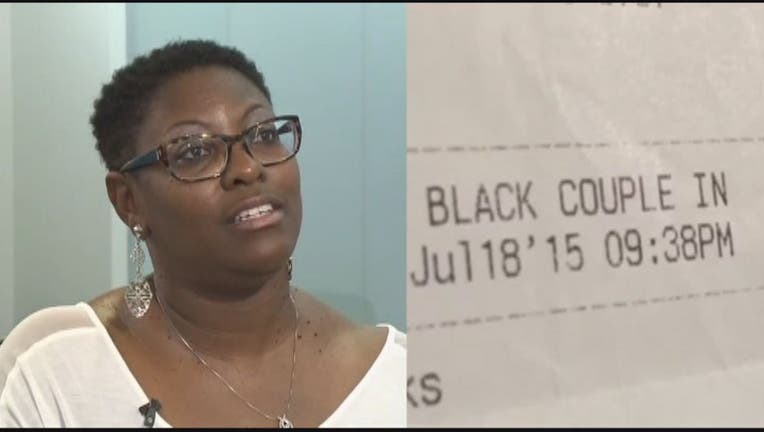 A waitress was fired because of the way she labeled a pair of customers on a receipt at a St. Louis restaurant.

The receipt from Patrick's Westport Grill used the words 'black couple' to track a table where African-American customers were seated.

The owner, Patrick Hanon, said the waitress made an extremely bad decision and did so because she could not remember her table numbers.

"Totally, totally humiliated. I was frustrated. I was angry. I was thinking really -- are we still doing this in 2015?" said customer Kimberli Wilson regarding the incident.

Hanon has owned Patrick's for 33 years and said an incident like this has never happened before.

Wilson says even after the restaurant offered her free food and drinks, she has no interest in returning.

"Basically my point is people need to know what's going on at a place where they're spending their money," she said.

Hanon says the invitation to return still stands and he hope to welcome them back.