The murder trial of former Fort Worth police officer Aaron Dean began Monday with opening statements from attorneys and testimony from Atatiana's 11-year-old nephew, who was in the house on the night of the shooting.

FORT WORTH, Texas - The murder trial of former Fort Worth police officer Aaron Dean got underway Monday morning in a Tarrant County courtroom.

Dean is charged with murder in the fatal shooting of Atatiana Jefferson in 2019. 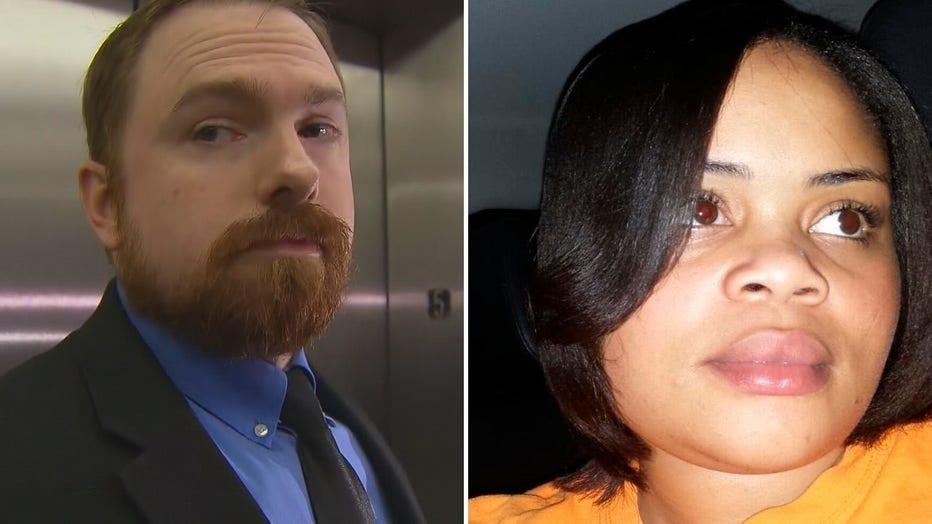 The former Fort Worth officer was escorted through the hallway amid tight security. Spectators' cell phones were collected before entering the courtroom.

"You are going to hear that this was an absolute intentional act, an unjustifiable act that never should've happened," said prosecutor Ashley Deener during opening statements.

Prosecuting attorneys lay out the case against former Fort Worth police officer Aaron Dean during opening statements. Dean is charged with capital murder for the 2019 shooting of Atatiana Jefferson.

Deener laid out the state's case with emotion, giving an overview leading up to the single shot that killed Atatiana Jefferson.

A non-emergency call was about the home's open front and side doors, with the lights on. Dean and another officer responded, going into the backyard where Dean fired his gun through a window.

Defense attorney Miles Brisette tells the jury, "Dean was responding to an ‘open structure’ call. A signal 56. It was not a welfare check" in the murder trial for the former Fort Worth police officer.

Attorney Miles Brissette encourages jurors to focus on the information Dean had upon arrival: an open structure call, not a welfare check. He then referenced the city's police officer training guide and that Jefferson was holding a gun.

"He takes a half a step back, gives the commands per training, draws his weapon. The first and only time right then and fires one shot." Brissette continues.

Zion Carr, Atatiana's nephew was the first witness called to the stand. Carr was the only person in the home with her that night. He recalls cooking hamburgers, but they burned inside the oven.

[ATTORNEY: "What’d you do after all the smoke came from burning all the hamburgers?"]

CARR: "We opened up the screen door and let the smoke go out, we had paper and was going like that, so the alarm could stop."

Zion testified they forgot the doors were left open while playing video games. Then his aunt heard a noise in the backyard.

[ATTORNEY: "After she told you she heard a noise what did she do?"] 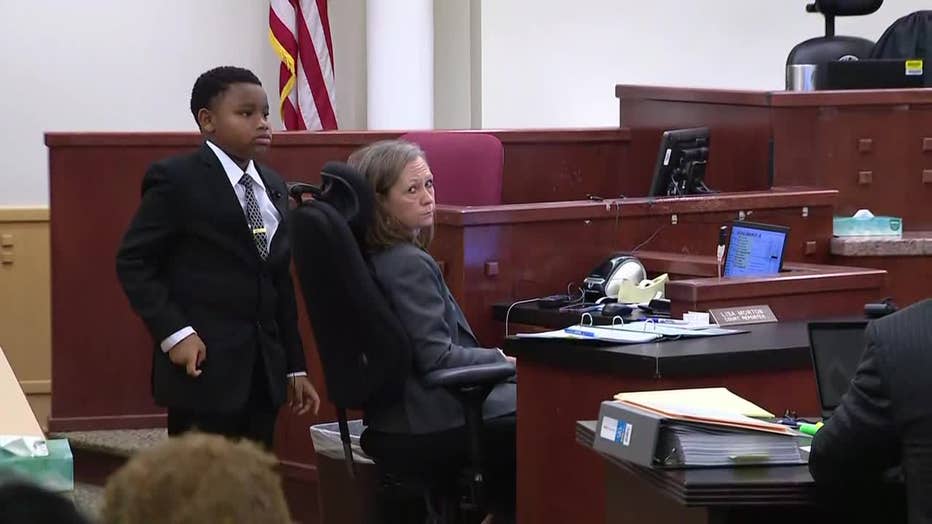 CARR: "She went to go get her weapon out of her purse."

[ATTORNEY: "Where was her purse?"]

CARR: "Next to her table where she worked at."

Under cross-examination he showed the jury how his aunt held the gun.

Zion struggled with some details and testified he doesn't remember hearing the gunshot, only seeing his aunt fall to the floor.

[ATTORNEY: "Did you hear anyone get shot that night?"]

Testimony from Atatiana Jefferson's nephew may not matter much, expert says

The first witness in the trial of a Fort Worth police officer accused of murder was a child. Criminal defense attorney Russell Wilson has been following the trial and predicted the now 11-year-old nephew of Atatiana Jefferson would be called to testify. He talked about the inconsistencies in the little boy's story of what happened.

[ATTORNEY: "Why don't you think you heard anything?"]

The jury was dismissed before noon. The trial is expected to begin with a new witness on the stand Tuesday at 9 a.m.

If convicted of murder Dean could face between 5 and 99 years in prison.

FOX 4 will have gavel-to-gavel coverage on Fox4News.com and our YouTube page, plus live updates from the courtroom throughout the day.

Atatiana Jefferson was babysitting her 8-year-old nephew at her mother's house.

A neighbor made a non-emergency call to police because a door was open with lights on.

Officer Dean arrived, walked into the backyard and saw Jefferson in a window with her gun in her hand. Dean yelled, "put your hands up! Let me see your hands!" before immediately firing a single shot, killing Jefferson.

The shooting led to protests against the Fort Worth Police Department.

If you have issues viewing the timeline click here.