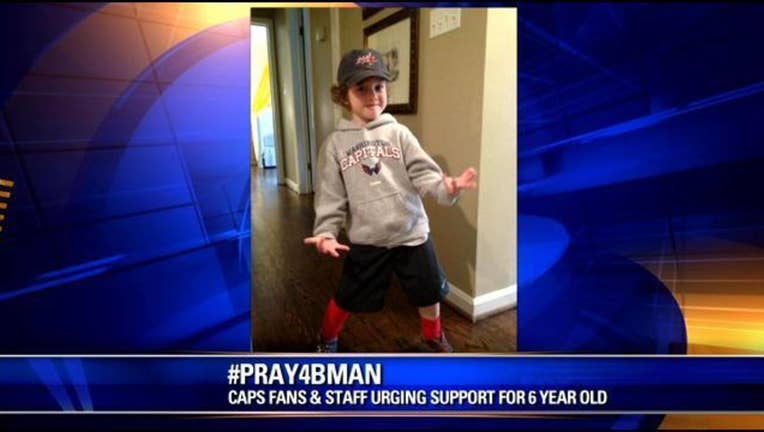 6-year-old Bensten , who was struck by a car while snowboarding, is getting support from his beloved Washington Capitals.

The boy's uncle tweeted a photo of the boy to a popular Capitals blog, RussianMachineNeverBreaks.com. The photo has since been re-tweeted numerous times.

Other Capitals fans have posted pictures and videos of supporters holding up get well signs at games.

Capitals owner Ted Leonsis has written about Bensten on his blog and Capitals team announcer, Wes Johnson, made a video about him.