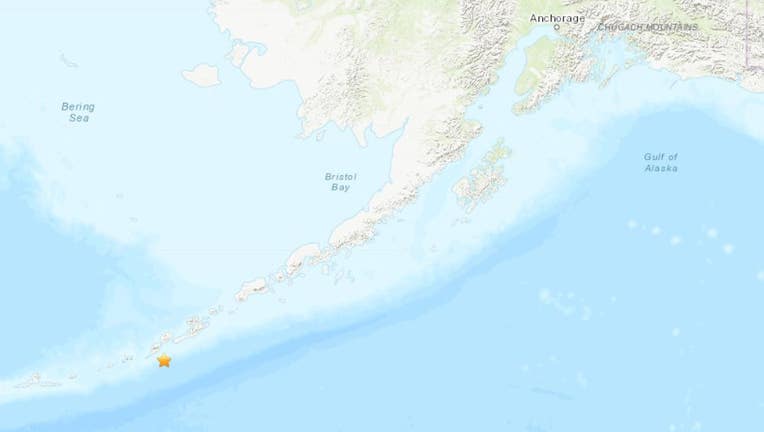 ANCHORAGE, Alaska - Two sizeable earthquakes on Tuesday shook several communities in the North Pacific off the coast of Alaska, but there were no immediate reports of damage.

A magnitude 6.3 earthquake was recorded at 11:22 a.m. ET (7:22 a.m. local time) in the Fox Islands region, about 30 miles southeast of the community of Nikolski along Alaska’s Aleutian Island chain, according to the U.S. Geological Survey. It was recorded at a depth of 14 miles.

The tremor was followed by a second magnitude 5.7 quake about 13 minutes later. It was recorded in the Gulf of Alaska, about 300 miles southeast of Kodiak, the USGS reported.

The quake was located at a depth of 26 miles.

Both earthquakes were felt in the Aleutian communities of Nikolski, Unalaska and Akutan, according to the Associated Press.

The National Tsunami Warning Center said a tsunami was not expected from either earthquake.