WASHINGTON - Authorities say 41 arrests were made after a protest overnight in D.C.

The protests were held in the Adams Morgan neighborhood.

Arrest made after protests in DC’s Adams Morgan neighborhood

A person was arrested after a protests overnight in D.C. The protests were held in the Adams Morgan neighborhood. (Video: RawMedia)

"We facilitate daily peaceful demonstrations in DC," police officials said in a tweet. "Overnight, intentional fires were set & property destroyed. When this occurs, our members have a responsibility to take action." 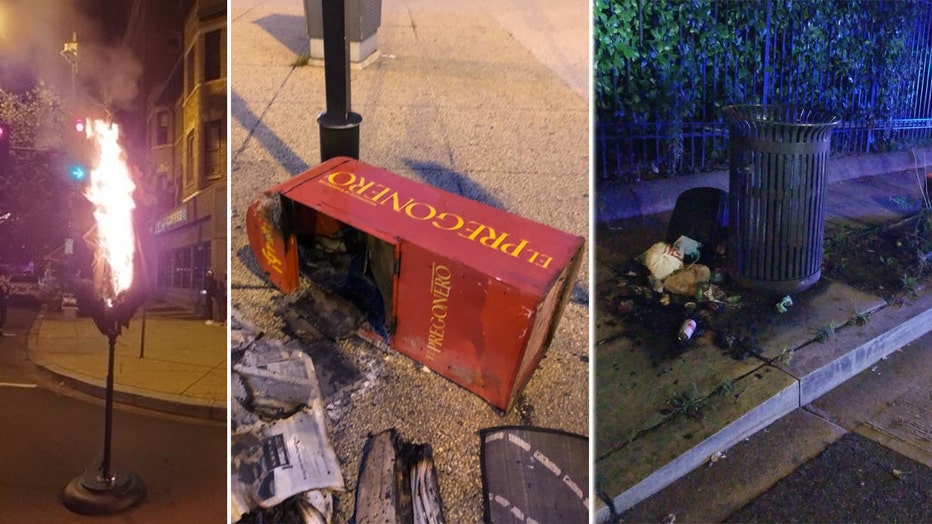 Video posted online by RawMedia showed officer on the corner of Willard Street and 18th Street in the Northwest after a crowd gathered to march through the neighborhood.

Protests and demonstrations erupted in D.C., across the nation and the world in response to the May death of George Floyd at the hands of police.