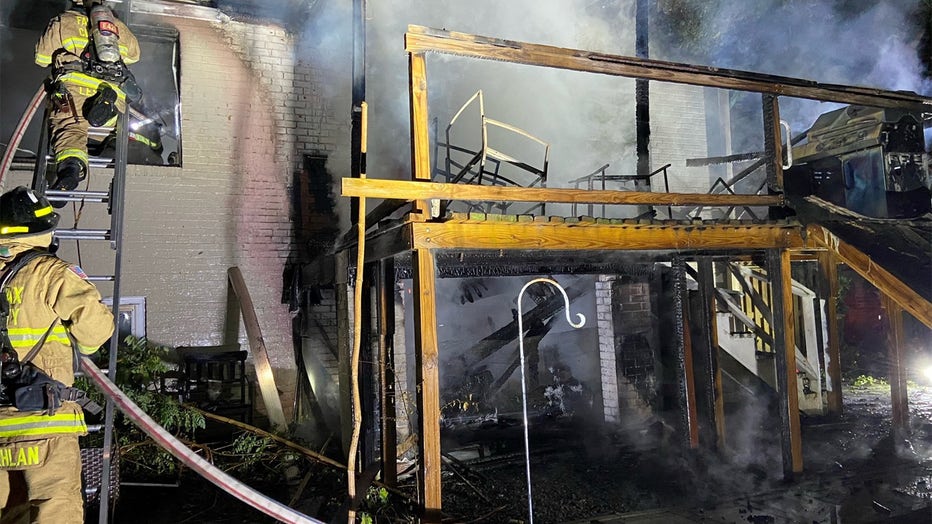 4 displaced, dog killed in Fairfax County fire at a house in the 6900 block of Birch Street. (Fairfax County Fire and Rescue Department)

Officials say one dog was killed in the blaze. None of the people inside were injured.

Damages are estimated at around $156,000. Authorities say the fire was accidental in nature and started on the rear deck.

The Red Cross is assisting those displaced.