Milwaukee fire and police officials confirmed Tuesday, June 14 that a 10-year-old boy was found dead during a search of the city's drainage tunnels on the south side.

MILWAUKEE - A 10-year-old boy was found dead during a search of Milwaukee's drainage tunnels on the city's south side Tuesday, June 14, less than 24 hours after he went missing. Family identified the boy as Mohammad Arman.

First responders were out all day Tuesday searching for the boy who fell into the drainage ditch Monday and two men who went in after him. It was a day filled with uncertainty and heartbreak.

Near 27th and Loomis Monday, concerned family watched in agony as crews worked to recover the boy and two men swept away by raging water.

Hamilah Hassan said her uncle, Zakaria Gonumeah, jumped into a drainage ditch to save Arman and the boy's father, Rashidullah. The men have not been found.

"He saw how fast the water was going. He knew he couldn’t keep up," said Hassan. "Whoever Zakaria met, they would say, ‘Zakaria is the best.’"

With the waters receding Tuesday, the previous night's rescue efforts turned into a recovery mission.

At 27th and Loomis, crews searched three 900-foot tunnels. Near 31st and Kinnickinnic, they walked through the water. The boy's body was ultimately found near 16th and Cleveland.

"This is a horrible day. It's not going to be as horrible as it is for the family," said Lipski. "You can see it. It's wearing heavy on everybody."

Officials said someone near the river spotted the boy's body and called police. He would have turned 11 years old on July 4. 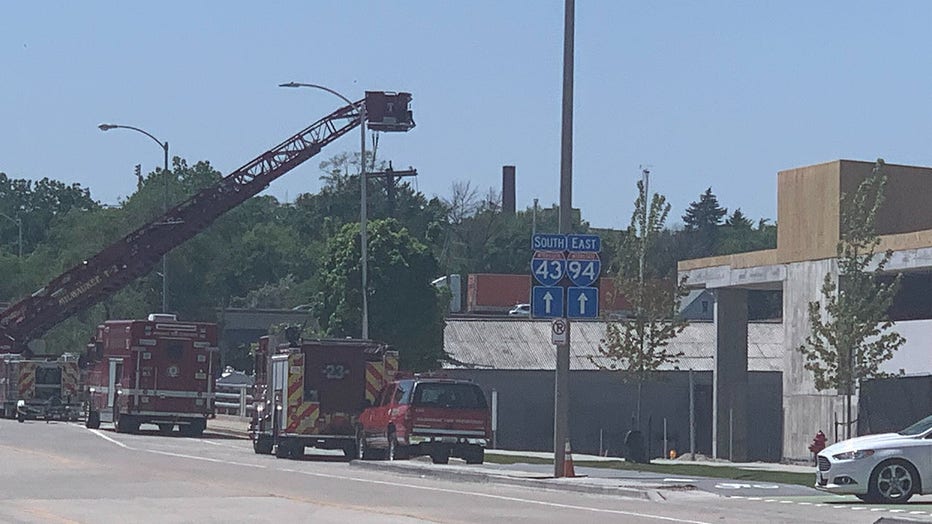 Search crews on Becher near I-43/94 in Milwaukee

Hassan said the close-knit community is in need of closure.

"Everybody kept fainting. No one is eating. Everyone is stressed about it," Hassan said.

"There are a lot of twists and turns in the river in this part of town, a lot of areas for debris to get snagged, and we search every single one of those areas," said MFD Deputy Chief Erich Roden.

Those standing along the banks waited with heavy hearts Tuesday. Hassinah Ahmad, friend of the family, spoke with FOX6 with the help of an interpreter.

Officials asked that people avoid the area for their own safety and call police with any information they may have that could assist in this case: 414-935-7360.

Monday evening a tragedy occurred in the 13th District when a young boy slipped into the concrete-lined Wilson Park Creek and two men were also swept away when they attempted to rescue him. The Milwaukee Fire Department responded to the incident that night and continued their work throughout the day Tuesday in search of the individuals before it was ultimately discovered the young boy did not survive. The status of the two adults is, at this time, unknown.

I can’t fathom what the family, friends and loved ones of the victims in this incident are going through. This is truly a tragic event and my thoughts and well wishes are with all those impacted.

As a father myself, and having our home not far from where this occurred, my boys have expressed interest in these drainage ditches. This is a stark reminder of just how dangerous they can be, particularly during extreme weather events when the water can be flowing upwards of 20 feet per second and generating 400-500 pounds of pressure.

I would like to extend my appreciation and gratitude to the Milwaukee Fire Department and their Dive Rescue Team, the Milwaukee Police Department, and the Milwaukee Metropolitan Sewerage District for their hard work and dedication in responding to this incident. Their efforts were not without personal risk, and their continued fortitude and bravery have not gone unnoticed.