The family of the man shot and killed at Metro Center Station Wednesday night wants to know why the agent had to take lethal force. FOX 5's Stephanie Ramirez spoke to his aunt and also heard from WMATA GM Randy Clarke about the recent shootings at Metro stations.

WASHINGTON - Authorities say a woman and two teens were shot Thursday morning at the Benning Road Metro station in northeast D.C. after a juvenile gunman opened fire during a fight.

Authorities say a woman, a teen, and a child have been shot at the Benning Road Station in northeast D.C. 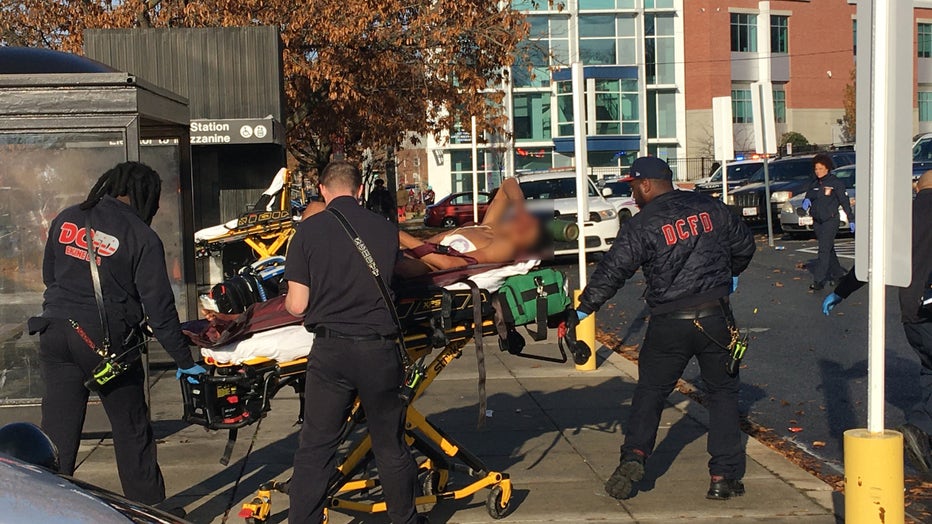 Investigators say the shooting happened after the critically injured 15-year-old and three others were involved in a fight while on the station platform. One of the suspects pulled out a gun and fired shots striking the teen. Police say stray bullets struck the two other victims who were sitting on a nearby bench.

Police say all three suspects appear to be juveniles and were wearing dark clothing and puffy coats. No weapons have been recovered. Authorities say school resource officers have been notified about possible student involvement.

Authorities say a woman and two teens were shot Thursday morning at the Benning Road Metro station in northeast D.C. after a juvenile gunman opened fire during fight.

This shooting comes a day after a person was shot and killed by an off-duty FBI agent at the Metro Center station in downtown D.C.

WMATA tweeted a thread addressing the fact that there were two separate shootings at D.C. Metro shootings in two days.

"Unfortunately, Metro is not immune to society’s increase in gun violence," the thread reads in part.