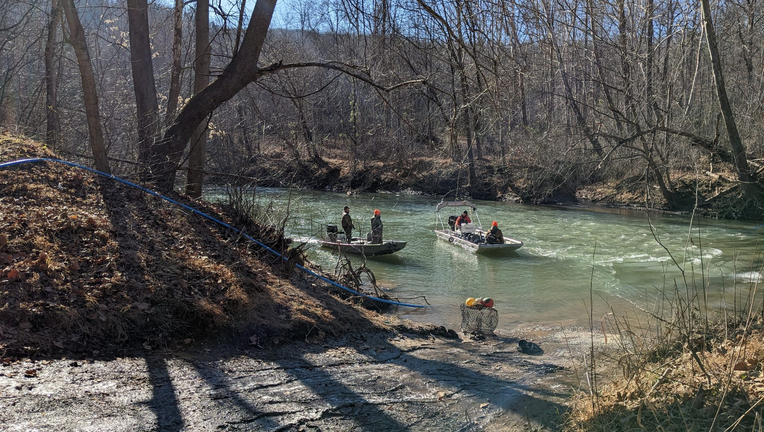 SCHUYLER, Va. - At least three people — a man and two boys — were found dead after the current apparently swept away an SUV at a river crossing in central Virginia, state police said Wednesday.

Authorities were still searching for two others believed to have been passengers in the Toyota 4Runner that was found submerged in the Rockfish River in Nelson County on Tuesday, Virginia State Police said in a news release.

It appears that the SUV tried to cross the flooded river at a low-water crossing on private property on Bridgeport Lane and was swept away by the strong current, police said. Investigators are trying to determine when it happened.

An 11-year-old boy and a 17-year-old boy were found dead on the riverbank and once the vehicle was retrieved from the river, a 30-year-old man was found inside, police said.

The Virginia State Police search and recovery team and aviation division, Department of Emergency Management search teams, the Department of Wildlife Resources and the Nelson County Sheriff’s Office continue to search for two other people who were believed to have been passengers. None of the individuals were related, police said.

The three bodies were taken to the Medical Examiner’s Office in Richmond for autopsy, examination and positive identification.