Both lanes of Interstate-295 in Northeast D.C. have reopened to traffic Thursday morning after crews worked through the night clearing debris from the roadway following the collapse of a pedestrian bridge.

WASHINGTON - Both lanes of Interstate-295 in Northeast D.C. have reopened to traffic Thursday morning after crews worked through the night clearing debris from the roadway following the collapse of a pedestrian bridge.

Bridge 66, that spanned the highway just prior to Polk Street, collapsed around 12 p.m. Wednesday.

Officials say six people were assessed at the scene and four were transported with injuries. The roadway was immediately closed in both directions as emergency crews worked to treat the injured and clear damaged vehicles. Fire officials say no serious injuries or deaths were reported.

FOX 5’s Bob Barnard spoke with Christopher Geldart, D.C.’s Deputy Mayor for Public Safety, Thursday who said the collapse happened after the bridge was struck by a truck. "We had a truck that came down here – a rolloff truck – has a boom in the back that’s used to pull the dumpsters up onto the truck. He had left that boom up from when he dropped his last box off and that’s what struck the bridge and brought it down," Geldart said.

Geldart said investigators were able to speak with the driver of the truck at the hospital Wednesday. The driver’s account of the incident, plus other evidence that was gathered at the scene, led them to make the determination. 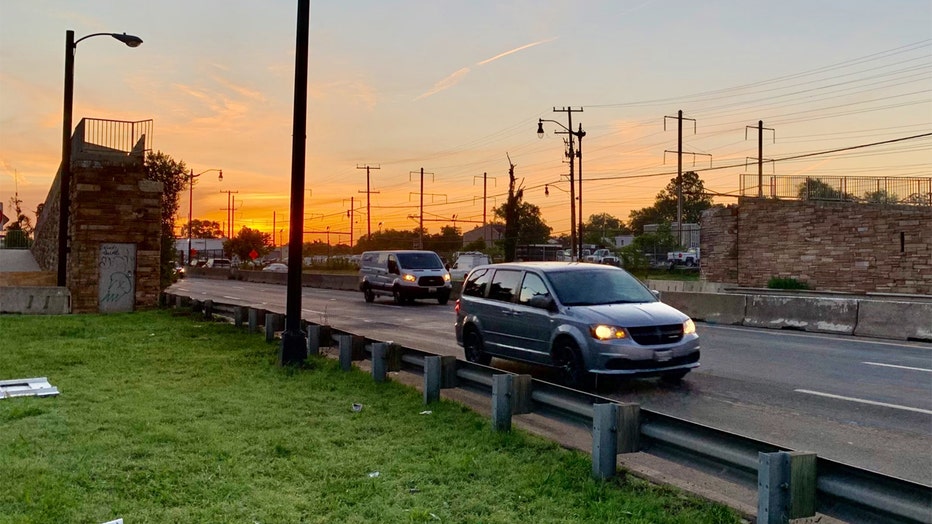 The bridge received a 'poor' rating following a February 2021 inspection. The mayor's office says they "misstated" the condition of the bridge when FOX 5 questioned its structural integrity.

"During today's initial readout to the media, we misstated the condition of Bridge 66," Geldart said in a statement Wednesday.

The bridge was inspected in April 2019 and then more recently in 2021.

In 2019, the bridge was rated at a 5 on a scale of 0 to 9, which is 'fair.' In 2021, the February inspection led to a rating of 4, which is 'poor' condition. This rating prompted a multi-year planning process to replace the structure.