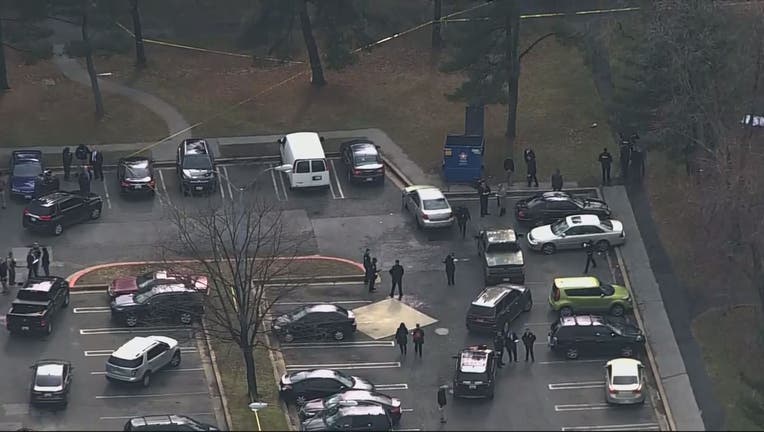 BALTIMORE, Md. (AP) - Two law enforcement officers with a fugitive task force were injured and a suspect died in a shooting Wednesday in Baltimore, the U.S. Marshals Service said.

One officer was injured in the leg and the other in the stomach, U.S. Marshals Service spokesman David Lutz said in an email. Both officers were transported to a hospital for treatment. Governor Larry Hogan says they are now in stable condition and in "great spirits."

Lutz said the officers with the Capital Area Regional Fugitive Task Force were working on an attempted murder warrant.

One is a Baltimore County detective and the other is a detective in the city of Baltimore. The injuries were described as not life-threatening.

Baltimore County Police Department spokeswoman Natalie Litofsky confirms that one of the department's officers was shot and taken to Maryland Shock Trauma to be treated. She said she didn't immediately have any information about the officer's condition.

Neighbors at the scene of the shooting in the city’s Frankford neighborhood told The Sun that a suspect was shooting back at officers from inside an apartment building. A sheet at the scene covered what appeared to be a body.

Police blocked off a street near the hospital where the officers were taken. Baltimore Mayor Bernard C. “Jack” Young and Baltimore County Police Chief Melissa Hyatt were among those seen at the hospital.