The principal of Montgomery Blair High School’s sent out a letter to parents and students Tuesday scrutinizing another television station for focusing on MCPS in the reporting on two young adults charged in separate, off-campus rape cases.

SILVER SPRING, Md. (FOX 5 DC) - The principal of Montgomery Blair High School’s sent out a letter to parents and students Tuesday scrutinizing another television station for focusing on MCPS in the reporting on two young adults charged in separate, off-campus rape cases.

Both suspects are Montgomery County public school students who were arrested at their respective high schools, a MCPS spokesperson confirms.

“First, these alleged incidents did not occur on MCPS property. It remains unclear to us why the reporter chose to place so much focus on the schools they attended in this story,” Montgomery Blair HS Principal Renay Johnson wrote in her letter. Johnson's letter was also signed by Bethesda-Chevy Chase High School’s Acting Principal Shelton Mooney.

The two suspects were recently arrested on warrants – one was charged with rape – the other with rape and sexual assault charges – in two separate cases involving 11-year-old victims. The suspects are 19 and 20-years-old. 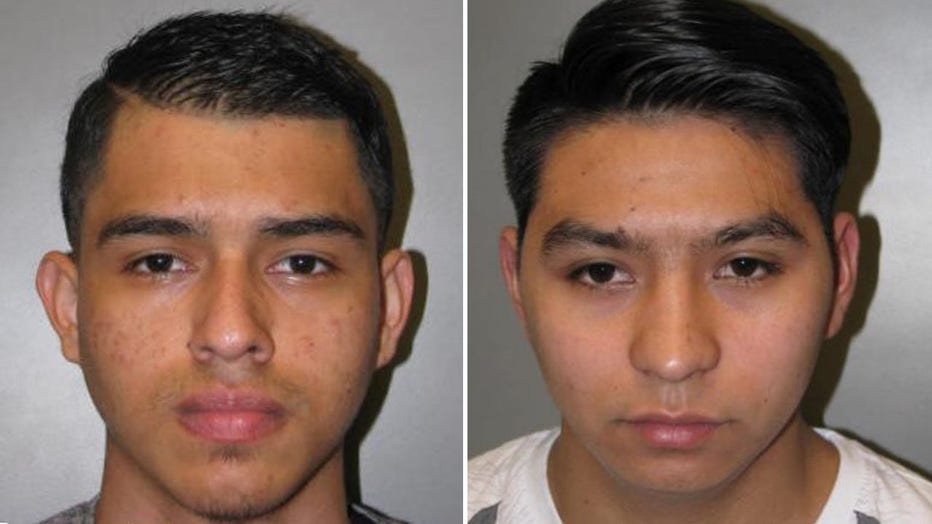 MCPS says 20-year-old Jonathan Coreas-Salamanca, who ICE now has a detainer against, was arrested at Montgomery Blair High School on February 13. Court documents say the father of the girl called Montgomery County Police in December 2019 after discovering a gifted cell phone to his daughter. The father reported to police that the two had been sharing explicit messages, allegedly talking about sexual acts done between the two.

Coreas-Salamanca is charged with Sex Abuse of a Minor, 2nd Degree Rape and 3rd Degree Sex Offense. A warrant for his arrest was issued on February 5, according to court documents.

FOX 5 learned 19-year-old Ivan Reyes-Lopez was arrested Bethesda Chevy Chase High School on February 19. In this case, court documents say that over the summer, the suspect had invited the 11-year-old victim over to plan a surprise party for the victim’s older sister. The illegal act reportedly followed.

A Montgomery County Police Detective was assigned to this case in mid-November. Reyes-Lopez was charged with 2nd Degree Rape. A warrant for his arrest was issued on February 12th, according to court documents.

Johnson's letter issued Tuesday responds to the reaction of this news. Some have apparently called on MCPS to ban students based on immigration. Others voiced concern about student age since one of the students is 20-years-old.

“We have heard from some parents who have questions about the policy for having students who are older than 18 in traditional high schools,” the letter goes on to say, “Under Maryland law, MCPS must provide a free public education to all students aged 5 to 21. There are hundreds of students across the school system who will be 19 or older as they walk across the stage this spring to get their high school diplomas. And there will be hundreds who will return next year that will receive additional learning support through special education services or other MCPS programs. There is no data suggesting that being a high school student at 19, 20 or 21 makes a person more or less likely to commit a crime. Any suggestion otherwise is wrong and harmful to our students who work hard every day in their classrooms, extracurricular activities and jobs.”

The principal’s letter also addressed comments on immigration by showing how the school system is following a Supreme Court ruling.

Under Maryland state law, free public education must be provided to all students aged 5 to 21. Some parents are now questioning that policy.

“I don’t have the statistics, but I taught in schools for 20 years and I don’t think there were many instances of students who are 20, I just don’t," Pinsky says. “In a large amount of cases, if a student is still in school they are there for a purpose, they want to get their degree. I don’t think it's: we’re going to hunt or try to track down younger kids. They can do that anywhere. So I’m not convinced that the age allowance to attend public schools in the state of Maryland is really the fundamental issue.”

FOX 5's Lauren Demarco checked with the District of Columbia. Schools spokesman Shayne Wells says they also have students up to age 21, although students older than 18 are typically enrolled in night school or a separate day program.

“In the District of Columbia (D.C.), students are required by law to attend school between the ages of 5 and 18, which corresponds to kindergarten through grade 12. For students who are 18 years and older, DC Public Schools has Opportunity Academies that offer a personalized competency-based learning program to ensure that all students in the district have a positive pathway to post-secondary success. The Opportunity Academies offered by DCPS offer instruction during the day and night," said Wells.