Authorities are searching for suspects after they say a man was shot and killed Sunday night in Prince George’s County.

PRINCE GEORGE'S COUNTY, Md. (FOX 5 DC) - Two suspects have been arrested and charged in connection with a fatal shooting in Upper Marlboro over the weekend.

19-year-old Demarco Bethea of Suitland, and 20-year-old Montaz Norman of Temple Hills are both charged with first- and second-degree murder-related charges in the death of 21-year-old Tyren Spry of Cheltenham. 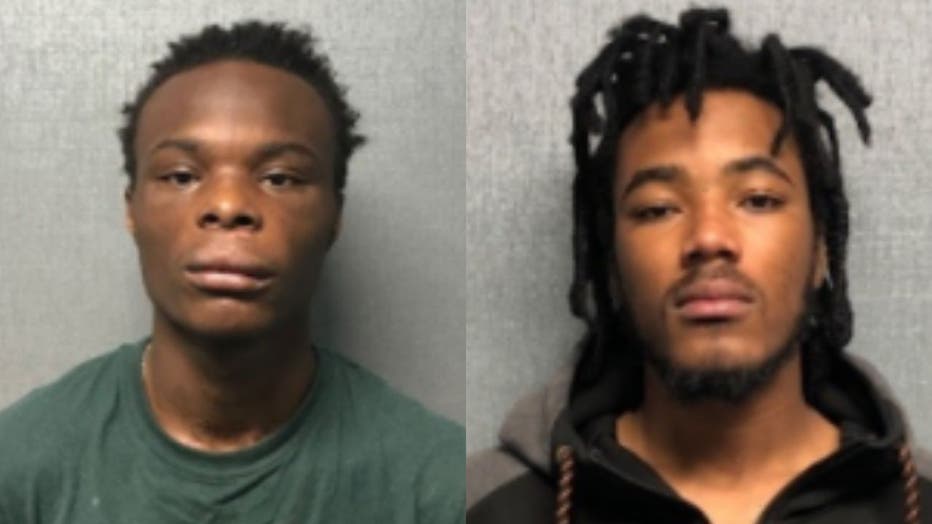 Officers responded to the 10200 block of Twayblade Court on Sunday around 8 p.m. Once on scene, officers located the victim in the roadway suffering from gunshot wounds. He was pronounced dead on the scene.

The preliminary investigation revealed the suspects shot the victim during a robbery.

Both suspects are in the custody of the Department of Corrections on a no-bond status.