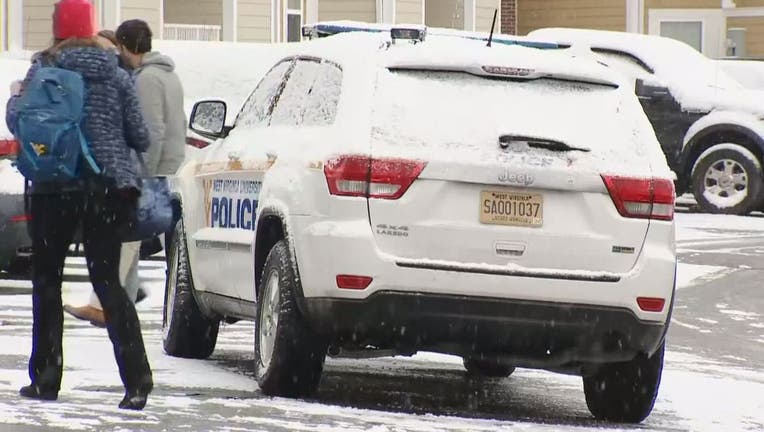 MORGANTOWN, WV - Two people were arrested in a fatal shooting at a student housing apartment complex near West Virginia University on Friday morning.

Multiple agencies responded to the report of shots fired at the College Park complex around 4 a.m. and police gave the all clear about an hour later, University Police Chief W.P. Chedester said in a statement.

The suspects were arrested without incident at a nearby Walmart shortly after the shooting, according to Chief Craig Corkrean of the Granville Police Department, and taken into custody by campus police.

Terrell Linear, 21, and Shaundarius T. Reeder, 20, were both charged with first-degree murder, university police said. Both are from Fairmont and neither is a student.

The victim was identified as Eric James Smith, 21, a sophomore majoring in multidisciplinary studies from Clementon, New Jersey, the university said in a statement. Smith was a former resident of the apartment complex.

Chedester said the motive is unknown, but he called the shooting an isolated incident.

“It’s always a tragedy when a young person loses his life,” Dean of Students Corey Farris said. "Our hearts go out to his family, those students and others who knew him. Our main priority right now is offering support to our campus community,” he said.

Counselors were onsite at College Park to provide support for residents, the university said. The apartment complex is a public-private partnership managed by WVU.

West Virginia University is in Morgantown, in northeastern West Virginia near the Pennsylvania border. It has more than 26,000 students enrolled at the campus, according to the university's website.