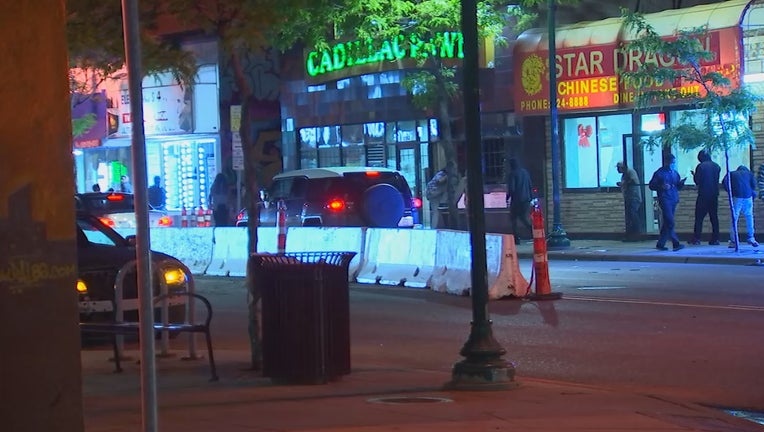 The deadly shooting happened near Bloomington Ave and E Lake Street amid the protests.

MINNEAPOLIS (FOX 9) - A man is dead and another is in custody Wednesday night after a deadly shooting near the George Floyd protests.

According to Minneapolis Police, officers responded to the area of Bloomington and Lake Street at 9:25 p.m. Wednesday night on a possible stabbing victim. Officers found a man in grave condition on the sidewalk and began CPR. Police learned the man was suffering instead from a gunshot wound.

Paramedics were able to get through the crowd, which a Minneapolis Police spokesperson called uncooperative. The man was pronounced deceased at Hennepin County Medical Center.

The Minneapolis Police crime lab cleared the scene late Wednesday night and homicide investigators are still looking into where exactly the incident occured and what led to it.

The victim's identity will be released by the Medical Examiner's office.