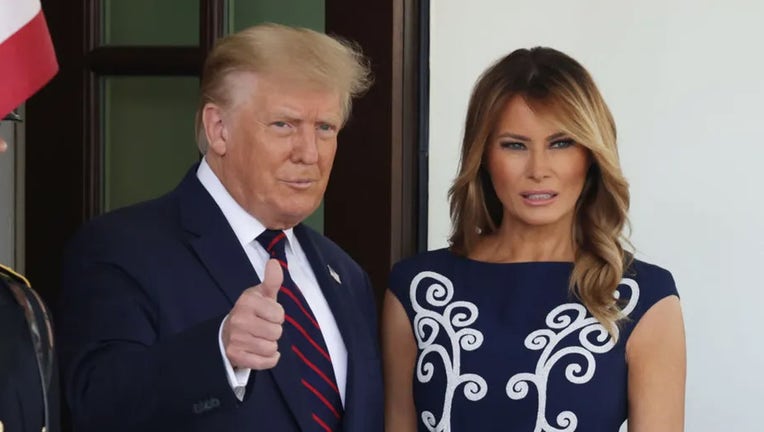 Former President Donald Trump is reportedly angry over the midterm results, blaming his wife in part for his endorsement of Mehmet Oz in Pennsylvania. (Alex Wong/Getty Images)

According to a report, former President Trump is "furious" Wednesday over the disappointing showing by Republicans nationally, and blames people in particular who advised him to back Mehmet Oz in the Pennsylvania Senate race, including the former president's wife, Melania.

Oz went down in defeat to Pennsylvania Democrat John Fetterman in the state's closely watched Senate contest, a bruising loss for Republicans trying to win back a Senate majority. Fetterman's win allowed Democrats to pick up the seat held by retiring Sen. Pat Toomey, R-Pa.

New York Times reporter Maggie Haberman, known for her access to Trump and his orbit, tweeted Wednesday, "Trump is indeed furious this morning, particularly about Mehmet Oz, and is blaming everyone who advised him to back Oz – including his wife, describing it as not her best decision, according to people close to him."

"There are people pushing Trump to reschedule his announcement next week, and several Rs have texted asking whether he will, but it’s risky and would be acknowledging he’s wounded by yesterday, something that some of his advisers insist is not the case," she added. "Worth remembering that Trump is a grown man who endorsed Oz over the objection of some of the people closest to him, and instead went beyond just endorsing and attacked Dave McCormick from the stage at a rally."

Trump-backed candidates in critical races across the country lost or lagged behind other Republicans in their states, and pundits across the spectrum have said Trump had a brutal night for his political brand.

Oz, who rose to fame as a TV doctor but had no prior political experience, earned Trump's endorsement in the Pennsylvania Senate primary over Dave McCormick. Despite trailing in polls throughout the year, Oz's contest was viewed as a possible win by Republicans against Fetterman, who was hit for his lack of transparency over his recovery from a stroke, inconsistent answers on issues like fracking and a widely panned debate performance last month.

Yet Fetterman pulled out the victory on Tuesday night, one of several contests that left Republicans shellshocked on Wednesday morning.

It was reported earlier this year that Melania Trump had expressed her support of Oz to her husband. Oz was frequently hit on the campaign trail by Fetterman as a carpetbagger and too wealthy and out of touch to connect with Pennsylvanians. Oz conceded the race Wednesday morning.

Many conservatives are fuming at Trump over the results in the midterms, which they viewed as a missed opportunity for sweeping pickups given President Biden's low approval ratings and record inflation.

LINK: GET UPDATES ON THIS STORY FROM FOXNEWS.COM