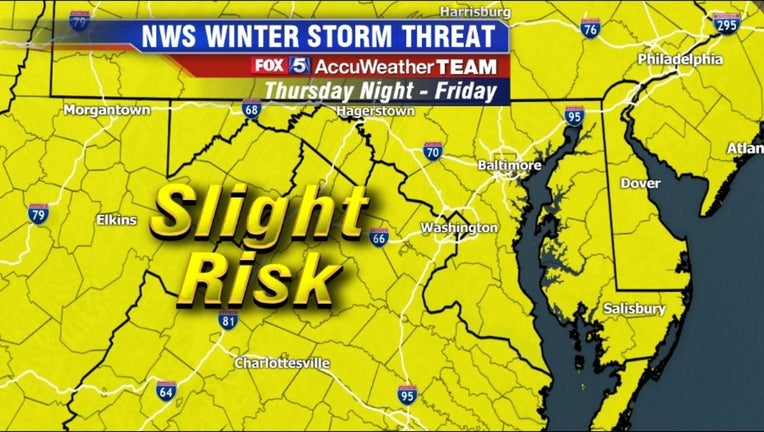 Well hello Mr. Buzzkill. Seriously, after the nicest Sunday of the year so far, a beautiful Monday and 60s in the forecast for Tuesday, what is this crazy weatherman talking about?!? Trust me, I understand the reaction that this article will bring. However, the threat does exist and if it materializes we want you to be prepared!

So as things stand, here are five things we know about the late-week snow.

1. Winter is not over just yet.
The first day of meteorological spring is March 1, also known as today. However, spring officially doesn't begin until 12:31 am on March 20. While cold air is not as dominate in March as it typically is in January and February, we will undoubtedly be dealing with it periodically throughout the month. The atmosphere rarely transitions from one season to another quietly, and March is known as the month that comes "in like a lion and out like a lamb." The fact is, late this week, you do have the two most important ingredients necessary for a snow event: cold air-- which returns to the region on Wednesday-- as well as moisture approaching from the south.

2. The timing is right.
The period of highest concern for the next snow event is Thursday night into Friday morning. This is actually very important as during this time of year you need snow to start falling while the sun is down for increased odds of an accumulating snow. With the Northern Hemisphere progressing from winter to spring, the sun is beginning to get higher in the sky. This means more direct sunlight and longer daylight hours, which can be detrimental to accumulating snow. Especially with early week temperatures in the 60s, a nighttime onset of snow will help the ground to cool faster than if snow was to begin during the daylight hours.

I obviously cannot guarantee all snow for everyone, but odds are the highest since our mid-February event for someone in the region who doesn't live in the mountains getting an accumulating snow. However, this does not mean snow lovers should rejoice just yet. There is still a "way out" for this storm: escape. There is a lack of high pressure in the southwest Atlantic, and the upper level low over eastern Canada is far enough south that the energy associated with this storm system may get thrown off the east coast well to the south of the DC region. This would mean a colder Friday, but also a snowless Friday. Various models have shown this to be a possibility, and it remains something that we will closely watch.

4. Probably not a big snow.
Let's take the "worst-case snow" scenario into account for a minute. What could we be dealing with? Well the details are a bit murky as models remain jumpy. Sunday's morning run of the European model brought the I-95 region 4-8" of snow, before the afternoon run brought less than an inch to the same areas. Similarly, Monday's morning run of the American model brought just over 5" to DC, while the latest afternoon run has fallen back to about 3".

As is typical with any snow system (especially in March) the best odds for accumulating snow will likely be west of I-95 with a much better chance of mixing and rain issues east of the Beltway. Of course, a shift in the storm track will mean major differences in who gets what (if anything), so stay tuned. The energy for the storm system does not make it off the Pacific and onto the mainland United States until late tonight, so we probably will not have a solid handle on what is going to happen until the Wednesday morning cycle of weather models.

5. Maybe too quick to judge the groundhog...
Punxsutawney Phil got a pretty bad wrap this year. A week after his warm weather prediction, the coldest air of the winter so far spilled into the DC region, with many waking up to single digit lows by Valentine's Day. This was followed by the second biggest snow event of the winter (so far) on February 15, with portions of southern Maryland picking up nearly a foot of snow.

However, Phil never promised winter was over. He simply said the spring would come early this year, and in that aspect, he just may up being correct. Long range guidance is showing strong indications of significantly more warm air on the way for March. Agreement is strong enough that I believe Friday's event may be the last chance for accumulating snow in Washington, DC this winter.
Phil just might get the last laugh as well, as I also believe we will see our first 70° day of the year later next week.

As always, the FOX 5 Weather Team will keep you updated!