Flooding near Waverly, Tennessee has left devastation including at least 22 people dead and dozens more missing among the rubble. Approximately 17 inches of rain fell in less than 24 hours, leading to rushing floodwaters and extensive damage across Humphreys County.

According to FOX 17 Nashville, the twins' grandmother, Angie Willeby, said 7-month-old Ryan and Riliegh passed away after they were swept away by flood waters in Humphreys County after the father tried to hold on to them. A GoFundMe page has been set up to help raise money for the family.

The U.S. National Weather Service described the weather event as "historic" after up to 17 inches of rain fell in Humphreys County in less than 24 hours Saturday, shattering the Tennessee record for one-day rainfall by more than 3 inches.

Many of the missing live in the neighborhoods where the water rose the fastest, said Humphreys County Sheriff Chris Davis, who confirmed the 22 fatalities in his county and said 12 to 15 people remain missing. The names of the missing were on a board in the county’s emergency center and listed on a city of Waverly Facebook page, which is being updated as people call in and report themselves safe. 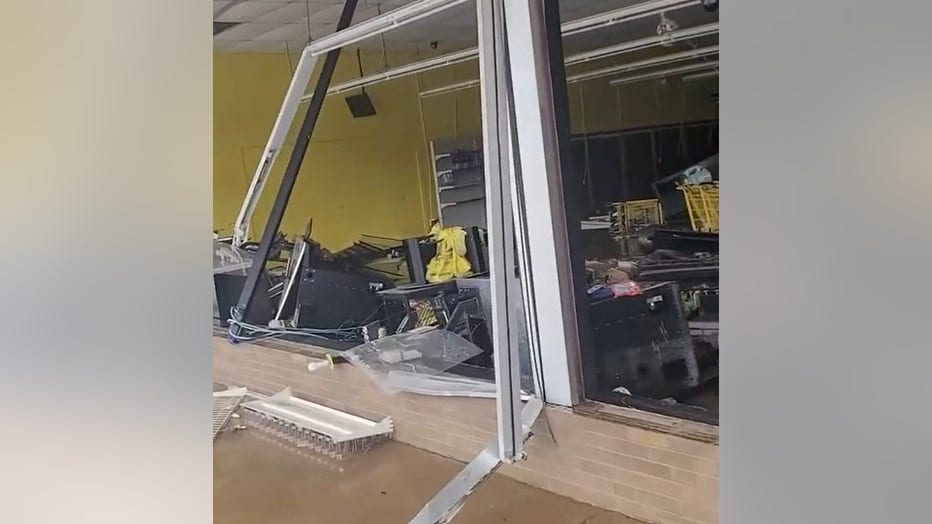 Video shared by Kansas Klein shows the destruction inside a dollar store and a pizza restaurant at a strip mall in Waverly, surveyed on Saturday morning, August 21. (Credit: Kansas Klein via Storyful)

The Humphreys County Sheriff Office Facebook page is filled with people looking for missing friends and family. A foreman at country music star Loretta Lynn’s ranch also died. The sheriff of the county of about 18,000 people some 60 miles (96 kilometers) west of Nashville said he lost one of his best friends.

Tennessee Gov. Bill Lee toured the area, calling it a "devastating picture of loss and heartache." President Joe Biden offered condolences to the people of Tennessee and directed federal disaster officials to talk with the governor and offer assistance.

School was canceled for the week, according to the sheriff’s office. Waverly Elementary and Waverly Junior High suffered extensive damage, according to Brown, the schools health and safety supervisor.

A flash flood watch was issued for the area before the rain started, with forecasters saying 4 to 6 inches were possible. Before Saturday’s deluge, the worst storm recorded in this area of Middle Tennessee had been 9 inches (23 centimeters) of rain, said Krissy Hurley, a weather service meteorologist in Nashville.

"Forecasting almost a record is something we don’t do very often," Hurley said. "Double the amount we’ve ever seen was almost unfathomable."